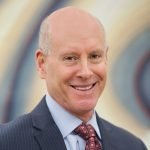 After months of uncertainty and delay, the Governor and state legislative leaders have reached an agreement on a package of bills to legalize the adult use and sale of cannabis, expand the medical marijuana program and reform the expungement process for prior cannabis convictions in the State of New Jersey.

On Monday, March 18, 2019, the Assembly Appropriations Committee and Senate Judiciary Committee will hold hearings on the foregoing bills which, as written, include the following provisions:

Unlike most all of the other states that have legalized cannabis for adult use, home grown cannabis will remain illegal.

If the bills pass both committees, it is anticipated that they will be presented to the Assembly and Senate for vote as early as Monday March 25, but only if passage is assured according to legislative leaders.