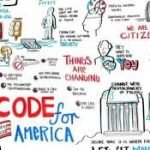 We look forward to Code For America repeating this in other states…..

CNN reports….Technology meets law and order to help dismiss thousands of marijuana-related convictions dating back to 1975 in San Francisco.

The San Francisco District Attorney’s office announced on Monday that 8,132 convictions will be dismissed thanks to a computer algorithm that automatically scanned court records.
“This makes San Francisco the first county in the country to complete the automated marijuana record clearance process,” said a statement from the office of San Francisco District Attorney George Gascón
The DA’s office teamed up with Code For America — a nonprofit company using technology to improve the government — to develop the computer program to identify cases that are eligible for dismissal since California passed a law in 2016 allowing recreational marijuana use.
Since that law, Proposition 64, passed, people whose past crimes would now not be penalized in the same way could petition to have their convictions overturned or reduced from a felony to a misdemeanor. But it was up to the individual to petition the court on their own, a process that could be both time-consuming and costly. In 2018, only 23 people in San Francisco filed petitions, according to Gascón.
Gascón announced last year that his office would proactively look into the cases to determine eligibility and in May teamed up Code For America to start the process of developing the algorithm.
While sifting manually through thousands of court records would have been time-consuming, the development of the algorithm cut the process down to minutes.
“Using technology, we have been able to proactively bring greater racial equity and fairness to marijuana legalization in California,” Gascón said in a press release Monday.
“I am thrilled to see other counties and states following suit by offering similar relief in their communities. It’s the right thing to do.”
More at https://edition.cnn.com/2019/02/25/us/san-francisco-marijuana-convictions-cleared-trnd/index.html
CODE FOR AMERICA
https://www.codeforamerica.org/

We are a network of people making government work for the people, by the people, in the digital age. How do we get there? With government services that are simple, effective, and easy to use, working at scale to help all Americans, starting with the people who need them most.

Services can be simple, accessible, and easy to use.

Outcomes can be measurably better.

We can serve everyone with respect and dignity.

It would be the biggest source of societal good for a generation. Let’s all build it together.

How we intend to make our vision real

Code for America uses the principles and practices of the digital age to improve how government serves the American public, and how the public improves government.

To do it all at scale, serving those who need it most.

What we are like as an organization and a community

The ideas that guide the decisions we make