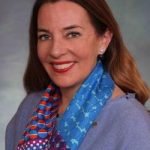 Nine News reports…….Gov. Jared Polis (D-Colorado) is reviewing a Senate bill focused on fighting the opioid epidemic that would allow doctors to recommend medical marijuana in many of the same situations where they could prescribe opioids.

Sponsors of Senate Bill 19-013 said this option could help doctors avoid prescribing addictive painkillers for things like chronic pain, but members of the medical community are worried there’s not enough research about the effects of cannabis and that the bill’s language is too broad.

Rep. Edie Hooton (D-Boulder) is a sponsor of the bill, and said it is not a mandate, but rather an option for doctors to consider – especially when it comes to making recommendations for children.

“This is going to be a pretty big deal for acute pain for athletes,” Hooton said, “and also for kids who have surgeries.”

In order for children to currently be recommended medical marijuana, they need two physicians to sign off. Should SB 19-013 pass, it would also ask for a review of diagnosing records from the primary care physician. Hooten said this goes beyond what’s required in the constitution.

Kids would not be able to smoke marijuana, but could use a nasal spray or extract.

Jared Penman, who owns RiNo Supply Company – a medical marijuana dispensary – has been diagnosed with osteochondritis dissecans of the talus, tibia and fibula stage four. It’s a condition that causes extreme pain.

“The inside of your bones basically fall out into your joints,” Penman said, “and the only thing doctors had to give me was opioids.”

Penman said his doctors kept increasing his dosage to keep up with his pain levels and it took him some time to realize his dependency, since he was following his doctor’s orders.

“I feel like medical marijuana basically saved me,” he said.

Penman got a medical marijuana card, made a commitment to stop using the pills, and said marijuana helped with his withdrawals and pain management. Penman said he hasn’t touched an opioid in seven years.

He applauds the bill, saying supporting it is a no-brainer.