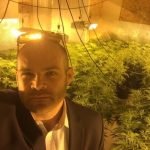 Sacramento’s first commercial pot czar is no longer with the city after two years on the job.

“I’m grateful to the city for the opportunity to have filled that role,” Devlin said. “I’m very proud of the work we were able to accomplish. I want to thank (City Manager) Howard (Chan) and the mayor for believing and trusting in me. I don’t know what I’m going to do next, but it was a great experience.”

The city has not yet selected an interim cannabis chief, city spokesman Tim Swanson said.

On Thursday morning, Devlin’s LinkedIn page listed his current job as “TBD.” Also on the site, he wrote, “Proud to have created and then lead what may have been California’s first municipal office to oversee permitting and regulations for cannabis. Responsible for developing cannabis policy, enforcement of regulations and issuing permits for cultivation, manufacturing, sale and other parts of the industry.”

Devlin oversaw the city’s 30 licensed cannabis dispensaries, as well as frequent applications for new delivery companies, and cultivation and manufacturing facilities. Devlin also served as the point person for a new city program to encourage more minorities to get in to the cannabis business, and the city’s crackdown on illegal grow houses.

Prior to serving as the pot czar, Devlin worked as City Councilman Jay Schenirer’s chief of staff for six years and as a former legislative aide at the state Capitol. He also formerly served as a civilian media officer in Iraq, and graduated from California State University, Sacramento.