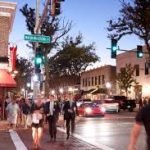 Bud was on the ballot Tuesday in some Chicago suburbs — and a vast majority of voters said “yes” to allowing recreational pot sales in their hometowns.

A majority of voters in Naperville, Rosemont, Cicero, Northlake and Westchester cast ballots in favor of allowing weed to be sold to adults for recreational use. Meanwhile, voters in Lemont rejected it.

Though marijuana was fully legalized across Illinois at the start of the year, cities and towns can still prohibit stores from selling recreational marijuana. And while none of Tuesday’s ballot initiatives are binding, the results will inform local leaders who have the final say in whether to permit those sales.

Of the nearly 20,000 votes cast, over 55% were supportive of the referendum, according to initial results from DuPage County.

Naperville for Legal Cannabis, a political action committee started in February to “support the sale of recreational adult use cannabis” in the suburb, lists GTI’s chief compliance counsel Dina Rollman as its chairperson and treasurer. The committee’s only reported contributions, totaling $75,000, came from Vision Management Services, which shares the same address as GTI’s headquarters.