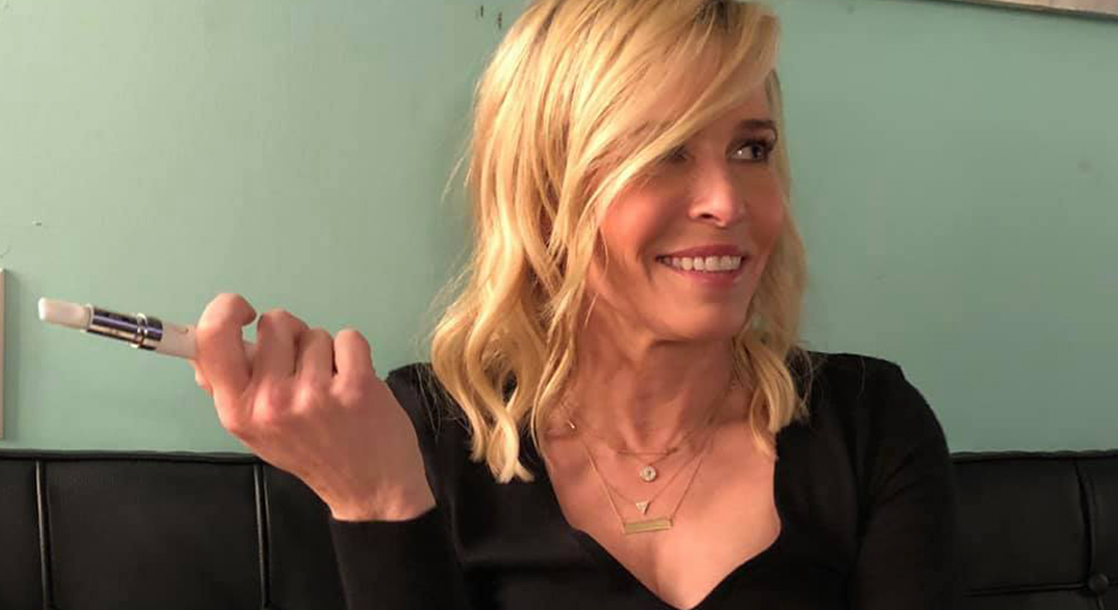 Chelsea Handler wants to help get your mom back into weed.

After decades on the stand-up comedy circuit and hosting her own late night talk show, Handler is joining a handful of fellow celebrities who’ve created their own cannabis brands. But unlike the irreverent vibes found in Post Malone or Lil Pump’s new pot brands, Handler’s cannabis company will be targeted at a very specific audience.

“I wanted to take my experience and create something specifically for women who have either never tried it before, or who had a bad experience 20 years ago,” Handler said in a press release announcing the new brand, which is expected to officially launch in the near future. “We were missing the educational component to cannabis, and now with the legalization of cannabis and micro-dosing, we are in a whole new world of possibilities.”

In my America, there would be weed, dogs, and money on every corner. pic.twitter.com/OShK92FY6P

To get her product into the hands of reluctant moms and novice middle-aged tokers, Handler has teamed up with Santa Rosa-based NorCal Cannabis, a vertically-integrated company that will grow, process, package, and distribute Handler’s weed across the Golden State. Handler’s line will feature three vape cartridges and at least one edible — presumably in an ultra-low dose.

“Chelsea’s mission to create a brand that celebrates sisterhood while providing accessibility to those in need aligns with our values,” NorCal CEO Douglas Cortina said. “We respect the heritage of the cannabis industry, and appreciate Chelsea’s message that cannabis is both a force for good and here for good.”

Handler has said that she recently “rediscovered” cannabis after a significant time away from the plant. Now that she’s back, she says it provides her mental and physical relief, and that cannabis even helped her stop using sleeping pills.

If you’re looking to pick up a couple of Handler’s personalized vape carts, you can find her products in licensed dispensaries across California, anywhere NorCal products are sold.

Related: The Famous and 420 Friendly