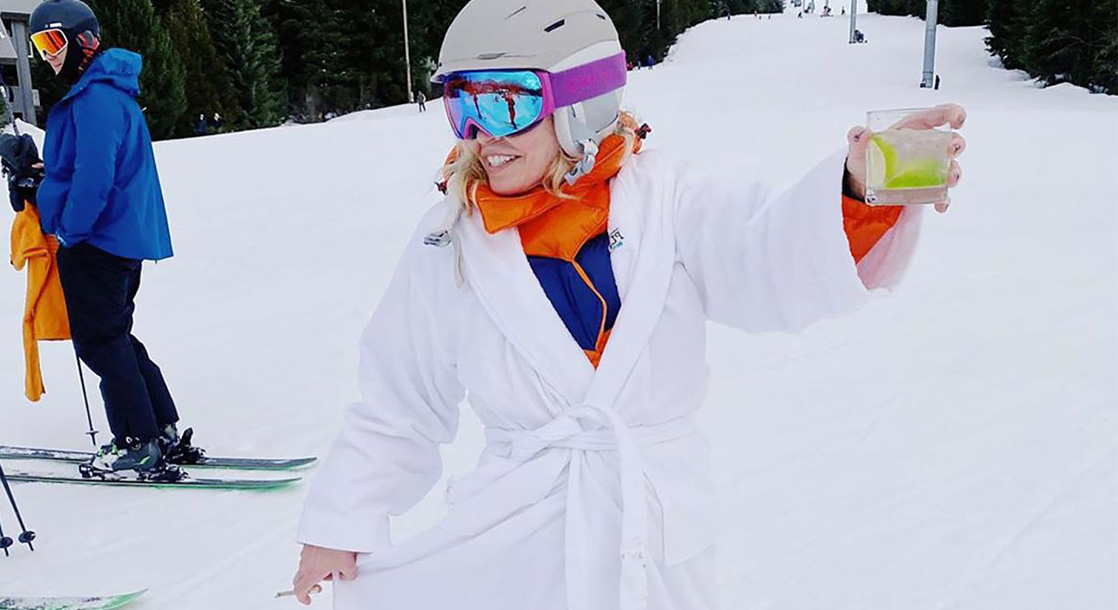 Comedian Chelsea Handler hit the mountain to celebrate her 45th birthday this week, but instead of ripping down slopes while decked out in weather-ready gear, the former late night host grabbed her skis, a margarita, a joint, and skipped the snow pants in favor of bikini bottoms.

In a now-viral Instagram video uploaded to Handler’s page, the notorious party-goer can be seen swigging her drink and puffing her pot as she cruises down a mountain bottomless in Whistler, British Columbia.

Skiing into 45 with my margarita, my marijuana, and my mountain! #whoneedspants #birthdaysuit

“Skiing into 45 with my margarita, my marijuana, and my mountain! #whoneedspants #birthdaysuit,” Handler captioned the birthday post.

Of course, weed is fully legal in Canada, and BC bud is some of the country’s most famed dank. But even if she was skiing in the Alps, we’re guessing that Handler would have weed on hand. The raunchy comedian has long promoted her personal pot use, and even got into the California industry last year with a brand of legal weed specifically aimed at women just getting into cannabis.

“I wanted to take my experience and create something specifically for women who have either never tried it before, or who had a bad experience 20 years ago,” Handler said last year in a press release announcing her weed brand. “We were missing the educational component to cannabis, and now with the legalization of cannabis and micro-dosing, we are in a whole new world of possibilities.”

And from the looks of it, Handler’s own journey with cannabis seems to be going quite well. In additional photos from her birthday celebration, Handler posted photos of herself draped in a white robe as she continued to puff her joint in the snowy cold.

Next year, we’ll be waiting for our invitation to help you celebrate 46, Chelsea. And not to worry, we’ll bring plenty of party favors.