A personnel move of note that sums up the seismic shift occurring in the European cannabis market has been making waves this week.

Uber’s former head of public policy and government relations Antonio Costanzo has shown everyone the direction of travel by signing on as chief executive officer of UK-based EMMAC Life Sciences. 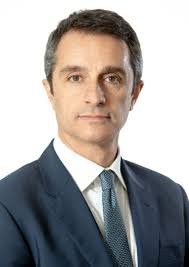 Costanzo is no stranger to emerging regulatory markets, as he held several senior executive roles at Austrian betting giant bwin at a time the European gambling sector was maturing

“Governments are opening up at a speed that it is hard to keep up with,” Costanzo told Bloomberg in an interview.

Costanza’s initial step into the cannabis market was as head of international development at Canadian firm Nuuvera, which has strong connections in Europe, before he made the switch in September 2018.

EMMAC raised $22.4m in two private financing rounds this year, and the company is investing in businesses situated in European countries that are tweaking their cannabis laws to allow for cultivation and export.

EMMAC is a majority owner of Spanish pharma firm Medalchemy, which has a medical cannabis import license. It has also invested in U.K., Germany, Spain, France, Switzerland and Italy.

Unlike the US and Canada, recreational cannabis is outlawed almost everywhere in the European Union except for a handful of countries where a small personal amount won’t get you thrown in jail (and Portugal, although that is a basket case).

There is almost no chance of that situation changing in the next decade. Medicinal cannabis is a different story however, and although in its infancy, is attracting major investment and is snatching big talent from other sectors.

The European Union’s lawmakers are drawing up a legal framework that will allow more widespread research and funding for medicinal cannabis, giving countries the green light to begin domestic studies into this fast-growing market.

Researchers believe the EU potentially be the largest cannabis sector in the world should widespread legalisation arrive. The single market of 500 million consumers may be worth tens of billions of dollars.

“We shouldn’t forget, this product was totally illegal for 70 years,” Costanza said.

With moves afoot at international level to loosen the stringent categorization of cannabis under United Nations agreements, the move towards acceptance is under way.

Brussels will not be plain sailing, however, and EU states do not have the flexibility and autonomy that US states have to allow full legalisation without some pushback.

Earlier this year EMMAC announced it had acquired the biggest CBD company in Switzerland, Blossom. While that may be fine, CBD’s status in the EU has been checked by meddling regulators who have dusted off their old papers on what constitutes a novel food and have requested sellers of CBD products refrain from doing so immediately.

Lawyers from the UK have been lobbying to have legal status updated to reflect the times, however it may be weeks or even months before there is a decision made, they told Cannabis Law Report.

This is one example of how Brussels is never straightforward even when presented with a solution that could help some if its struggling member states; Greece, Italy and Spain are troubled economies that hold the potential to be major players in the global cannabis race, if they are let off the leash.

Costanza has experienced this kind of regulatory intervention with both gambling and at Uber. He said laws will evolve and more investors will enter the space.

Larger markets such as the UK and Germany are particularly worth watching.

EMMAC itself has been subject to floatation rumours, and it is believed to be weighing up a public offering, in what could open the floodgates for cannabis listings in London. The firm was said to working with broker Canaccord Genuity, and could be worth as much as $521m.