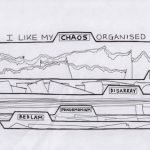 What do the following headlines have in common?

What does the acronym “CCC” mean?

CCC is our acronym for “California Chaos Causes” We cannot list all of the causes of problems in California’s cannabis industry. The list of causes becomes longer every day. Our CCC refers solely to major causes.

It took California twenty years to create the messy state that BCC, CalCannabis and CDTFA were tasked with regulating. However, it has taken only two years for these three agencies to turn a messy set of laws and conflicting political and economic pressures into chaos. The headlined events prove our point.

Compare the Anza Valley eradication with the raid on Oaksterdam University and Richard Lee seven years ago. It made national news. The Anza Valley raids involved a ten-fold increase in the number of law-enforcement officers, dollars, locations and cannabis. Has California made progress? Law-enforcement has changed from federal to State and local, but it is difficult to consider such a change as progress. A lack of interest in California’s cannabis industry by the federal government is a more likely explanation.

Through bureaucratic ineptitude BCC, CalCannabis and CDTFA encouraged increased production throughout California; choked commercial cannabis distribution; and incompetently administered California’s two new sources of tax revenue. The judgmental errors of BCC, CalCannabis and CDTFA in creating the administrative framework for California’s regulation of its cannabis industry places responsibility for the present chaos squarely on the doorsteps of these three agencies.

CalCannabis made the largest pro-active contribution to the chaos through its bureaucratic ineptitude in the roll-out of the regulation of cultivation. CalCannabis created systems, procedures and forms in a vacuum. The staff of CalCannabis appears to have been devoid of knowledge of cannabis and of the evolution of California’s cannabis industry from the ‘60s. CalCannabis acted without knowledge or perspective. CalCannabis failed, although it seems blissfully unaware it has failed.

CDTFA merely failed to devote the attention to the two new taxes established by Proposition 64 that was required to develop appropriate procedures for administration. CDTFA failed to recognize the two new cannabis taxes were different in multiple respects from the taxes the agency already administered.

We said we would be fair to BCC, CalCannabis and CDTFA. We will be fair. Most of the problems that have arisen in the regulation of California’s cannabis industry were inevitable. California had a well-established and successful but largely unregulated cannabis industry with a libertarian (or outlaw) mentality depending your perspective. Regulation was never going to be simple or easy. Proposition 64 added legal adult-use cannabis to legal medical cannabis through an ill-conceived and poorly-drafted amendment to the California Constitution.

The California Legislation then cobbled together legislation to integrate the regulation of two partially inconsistent legal cannabis regimes into a single regulatory structure. Political pressure from groups with conflicting interests shaped MAUCRSA. Sorting out the conflicts created by MAUCRSA will provide employment for hundreds of California lawyers for the next ten years. This mess was turned over to BCC as a newly created bureau in the California Department of Consumer Affairs to administer.