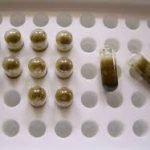 CBD, THC – Alternative Delivery – we have spoken to a number of start-up businesses about the potential medical uses of cannabis in myriad from. Perhaps the most exciting advance doesn’t involve the cannabis plant, rather it involves “metered dosing” or the ability to provide a delivery system of the active ingredients in cannabis in a specified quantity over a specified time period [stated another way, “how much – how fast”]. The development of an accurate and reliable delivery vector is a critical step for cannabis components to be accepted by the wider community as “medicine”.

We were very impressed by Israeli start-up Syqe Medical which has focus on the reality that “doctors don’t prescribe plants” and have what they do rooted in science. Syqe Medical was founded in 2011 in order to develop a measurable and repeatable method of administering medical cannabis. The company is trying to solve the main problem in the sector – on the one hand, a large proportion of the researchers and doctors believe that all of the cannabis elements work better together than a single element from the plant that can be isolated and produced synthetically. On the other hand, when a whole plant is involved, it is very difficult to repeatedly administer the same precise dosage of the compound. An article where Perry Davidson, Syqe CEO was interviewed offer some insights:

“According to Davidson, Syqe Medical has several basic principles. We don’t manipulate the raw plant; we administer the extract through inhalation because this is the right way in which the product has been consumed for years by 90% of users. The dosage has to be measurable because when you don’t know the dosage of the active ingredients being given to the patient, no medical discourse about the product can take place and doctors are unwilling to deal with this.

A doctor wants to be a scientist, adds Syqe Medical executive medical chairperson and former Minister of Health director general Dr. Eytan Hyam. He wants to know how the drug works, its side effects, the effect of a change in the dosage, and the product’s long-term effect. When you can’t describe these things, doctors steer clear of the product.

“The unique problem with cannabis, in contrast to other medicinal plants, is that the active ingredient is not spread around the plant uniformly; it is in pockets called trichomas. If you grind them up into powder, you burst the trichoma and oxidation of the plant begins. We like the fact that in some of its strains, the product has a psychoactive effect. Among other things, that’s important for treating pain. We want to be capable of quantifying this psychoactive effect, control it, and not eliminate it.”[1]

Syqe’s innovation is a combined focus on the medicine in cannabis and the delivery system for getting the medication into the patient. They discovered that the product has to be simple to use because some of the patients are already past their cognitive peaks. What restarts the mechanism is the breathing itself, and after exactly two seconds, access to the ingredient is blocked and a route for breathing air is opened. When the patient feels the air, he immediately realizes that the dose is used up. It’s very instinctive. This pulse also pushes the vapor inside and does not allow it to remain in the throat. In a clinical trial by the company that ended in 2014, it showed that the main active ingredients in cannabis reaching the patients’ bloodstream are indeed measurable.

We happened upon an article[2] about suppositories expecting humor and found an incredibly well written article that explained the reasons of using suppositories as the delivery vector for cannabis and articulated how it work to get the medicine into the patient. The article describes the delivery mechanism and considerations in the use of suppositories.

Of the various ways to consume cannabis, using a suppository is probably the least popular method of ingestion. Cannabis suppositories, however, are an extremely beneficial method of delivery, whether inserted anally or vaginally. Rectal suppositories are not necessarily compatible with the sensitive and specific area of the vagina, which is why vaginal cannabis suppositories typically contain their own special carrier (and deserve their own set of instructions to be followed carefully).

Cannabis suppositories typically have a conical shape that are designed to be interested into the rectum. The most common rectal cannabis suppositories are typically 2 grams and are roughly 2.5cm long. They are essentially made from cocoa butter and a minute amount of shea butter or coconut oil, which is then mixed with cannabis extract that contains THC and/or  CBD extract.

When administered rectally, the plant medicine directly enters the bloodstream through the cell walls and goes directly into the body, which is quickly distributed through the vascular system. It is a direct application to the bloodstream, bypassing the liver. The liver is a key to getting high. THC travels through the liver to the brain to induce a head high. When smoked, it travels through the lungs to the villi, then on to the liver. When taking it orally, it makes its way to the liver through digestion. This method takes the longest because of the digestive process and the amount of travel it takes to get to the brain. In the brain, THC interacts with nerve receptors, causing euphoria. The bottom line: Cannabis suppositories allow for larger doses of plant medicine without the head high versus smoking and ingesting orally.

There are several people that can benefit from cannabis suppositories, and for many patients they make the perfect choice. Anyone who cannot swallow pills (for whatever reason) can benefit from a suppository. Suppositories are also beneficial for anyone who can’t swallow period, such as those who have experienced a stroke or other diseases such as, Parkinson’s, ALS, or multiple sclerosis. Suppositories have also been shown to be excellent for cancer patients undergoing chemotherapy. Extreme nausea can make it impossible to hold down and digest an edible. Anal suppositories are also an ideal option for people who undergo surgery that are not permitted to eat before or after an operation takes place.

Finally, we happened up an article[3] about a clinical trial being conducted by the National Institute of Health that involved the use of topical capsaicin for a novel treatment of a rare disease. We have to admit that it took several minutes to properly wrap our heads around the premise of the article. Topical Capsaicin used on the body causes a sensation of heat that activates certain nerve cells. With regular use of capsaicin, this heating effect reduces the amount of substance P, a chemical that acts as a pain messenger in the body. The feeling can reach the level of an intense burning sensation at initial application, Given what most people have learn about the pain discomfort of a bowel movement after ingesting food with high levels of capsaicin it is a bit difficult to fathom that a person would choose to use a suppository that contained capsaicin.

However, the study mentioned in the article is unequivocal in concluding about the favorable outcomes achieved by the approach, we came away from our research wondering about the potential for the development of suppositories that combined the efficient delivery of THC into a patient’s bloodstream combined with the localized pain reduction from the capsaicin.

[Note to self here is a reason why you are a tax practitioner and NOT involved with medical research.]

[2] See ‘Why Are People Sticking CBD Up Their Butt?[2] (Everything You Always Wanted To Know About CBD)