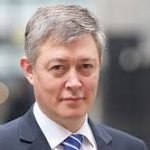 Cannabis lawyers are heading to Brussels next week to challenge a recent decision by the European Union to reclassify food products containing cannabidiol (CBD) and prohibit their sale.

While the rest of the western world moves towards an acceptance of cannabis products either medically or recreationally, the European Union pushed back in February, updating a classification of CBD under the Novel Food Regulation.

The law ((EU) 2015/2283), which applies across all member states, means any product deemed as ‘novel’ must gain authorisation from food authorities before it can be sold as a foodstuff within the EU.  A food can be considered ‘novel’ if it was not consumed by humans to any significant degree prior to May 1997.

These regulations apply to food supplements, ingredients, and substances intended to be incorporated into food. In the case of CBD, this includes extracts, oils and other derived products that are intended for ingestion by humans.

The decision caused outcry amongst pro-cannabis groups having come almost out of the blue, and now the legal troops have been mobilised in a bid to overturn the decision.

Robert Jappie, head of cannabis law at Mackrell Turner Garrett and Jonathan Kirk QC, of Gough Square Chambers, will travel to Brussels on March 12 to meet with EFSA officials.

They are taking issue with the change by the EU in its submission for the term ‘cannabinoids’ states: “Extracts of Cannabis sativa L. and derived products containing cannabinoids are considered novel foods as a history of consumption has not been demonstrated. This applies to both the extracts themselves and any products to which they are added as an ingredient (such as hemp seed oil).”

Although EFSA’s Novel Food Catalogue is merely advisory, domestic regulators rely on it for guidance and are likely to act first, ask questions later.

Austria’s government interpreted the EU law in such to ban CBD even prior to the change, taking a hardline stance to the emergence of multiple shops selling oils, and even CBD-infused cakes, on the high street.

Such is the immaturity of Europe’s technically regulated CBD market, it’s true worth is almost impossible to price. US analysts say CBD could be a $22bn market by 2022; by comparison, any EU sector would larger.

While unexpected, the EU’s decision is a reminder to business of its independent thinking and willingness to act quickly in cases where it observes a potential threat to consumers.

It has long kicked back against trends emerging from the US in financial and other markets, not least since the 2008 financial crisis. It has also recently began flexing extra-territoriality muscles in regards to data regulation, positioning itself as a world police of consumer data, to the chagrin of Silicon Valley’s luminaries.
European capitalists have been closely watching the green wave sweep over the US and manoeuvring to cash in when it hits these shores, however Brussels is a different beast, and member states, however desperate for cash, are perfectly capable of slowing down the tide to give themselves and advantage.

The soaring popularity in Britain is not in question however, and can be evidenced in the CTA’s growing membership; since formation in 2016 it now boasts more than 700 members who produce a wide range of legal CBD products.

“The growth of the UK’s CBD industry has been spectacular in the last three years and its contribution to the UK economy is thought to exceed £100m ($130m) per annum,’ said Jappie.

Novel food is defined as food that was not consumed to a considerable degree by citizens of the EU prior to 1997, when the first regulation on novel food came into force.

The EU claims CBD falls into this category, however supporters say hemp flower products such as hempseed and hempseed oil (extract) are already authorized, and the ban is unlawful

“Only food products that are enriched with isolated CBD should be considered novel,” said Mike Harlington, chairman of the CTA. “Hemp extracts are not novel and this is the position we have presented for almost two years now. Our position remains unchanged. Our members’ products remain legal, and will not be removed from sale.”

Here’s some further information on

“A Rolls–Royce silk; exactly who you need on tricky consumer issues.” 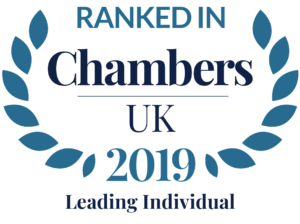 He is one of the two general editors of the ‘Encyclopedia of Financial Services Law’ and the author of a textbook on financial services, ‘Modern Financial Regulation‘. He is also the general editor of ‘Consumer and Trading Standards: Law and Practice’ (‘the Pink Book’)

In 2015 he represented a parking company in the seminal case of ParkingEye Limited v Beavis, arguing before the Supreme Court that a £85 parking ticket issued for overstaying on private land was not a contractual penalty or an unfair term. He also defended several national companies against allegations of mis-selling or misleading prices.

He has substantial experience of litigation involving Part 8 of the Enterprise Act 2002, having represented parties in the OFT or CMA investigations into the supermarket, ticket reselling and furniture sectors.

He lectures widely on EU consumer and trading standards law. He has been an approved Bar Advocacy Trainer for 10 years and was appointed as counsel at the United Nations (ICTR) in 2005 and Queen’s Counsel in 2010.