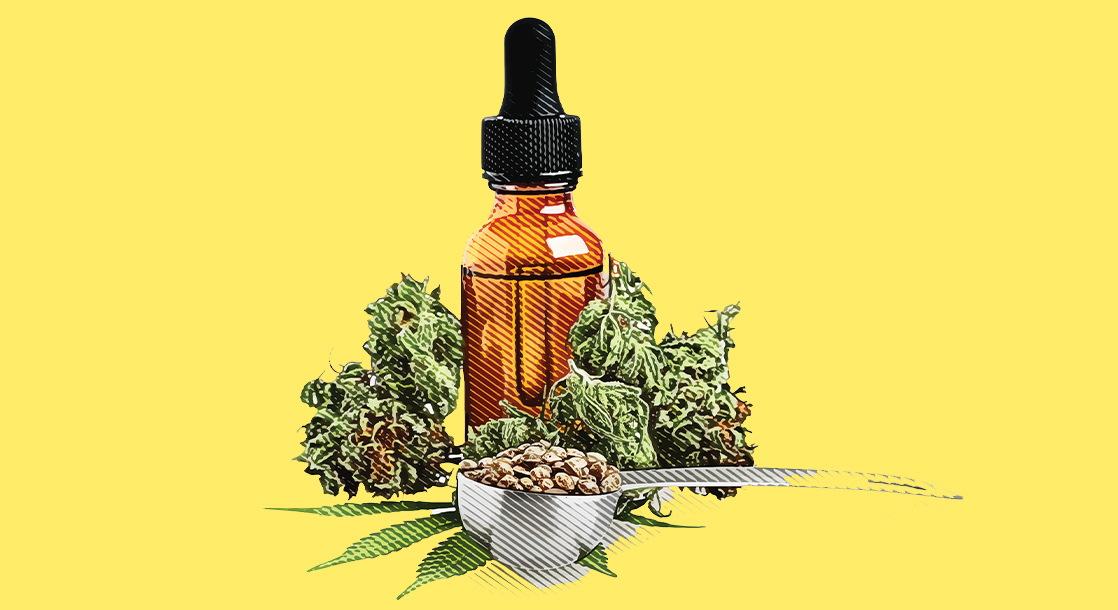 The study, recently published in the German medical journal Neuropsychiatrie, looked at a single 16-year-old patient. The teen met the international criteria for addictions to ecstasy, cocaine, and cannabis. Doctors also diagnosed him with “severe depression, social phobia, and narcissistic personality disorder” with some borderline personality traits.

Typically, doctors may prescribe standard antidepressants to help someone struggling with these diagnoses. But teen’s treatment wasn’t responding to a conventional pharmaceutical, sertraline — known by its more common brand name, Zoloft — after six months. That prompted the doctors to try pure CBD capsules instead, starting with 100mg (50mg twice a day) then working up to 600mg (300mg twice a day) over a three-week period.

The doctors reported that they made far more progress in those mere three weeks with CBD than they did with 24 months of sertraline. In fact, the patient himself requested to stop taking the antidepressant after the CBD worked its magic.

Here’s what the doctors found at the end of the patient’s assessment. “There were no side effects regarding heart rate, blood pressure, and weight. Urine drug screenings performed once a week revealed no further usage of chemical drugs,” they wrote. All of his physical screenings and blood tests returned normal results.

He did still test positive for THC, though. That meant he kept smoking weed, but he seemed to cut back on the toking quite a bit, as his cannabis drug screens “turned mostly negative after 6 weeks of treatment.”

And, most of all, the doctors wrote that “the patient reported no side effects” from the CBD treatment.

How did this happen? How did one compound found in cannabis help this teen turn his life around? The doctors admitted in their paper that they didn’t know, and they would need to perform more studies of this kind to find out. But they did offer one explanation, and — you guessed it — it involved the endocannabinoid system, the body’s own “natural marijuana.”

The German physicians cited a 2016 study titled, “Cannabidiol as a Potential New Type of an Antipsychotic. A Critical Review of the Evidence.” In that study, patients exhibiting psychotic symptoms were administered large doses of CBD, up to 800mg. This separate team of German researchers also found that CBD appeared to counter psychoses while presenting no side effects.

The 2016 study’s authors discovered, through blood tests, that a cannabinoid produced naturally in the human brain, called anandamide, may be responsible. “As the clinical improvement by cannabidiol was significantly associated with elevated anandamide levels,” they wrote, “it appears likely that its antipsychotic action is based on mechanisms associated with increased anandamide concentrations.”

We know that CBD can prevent the breakdown of anandamide in the body. In other words, when people consume CBD, their anandamide levels go up, too. Anandamide regulates our feelings of happiness, pleasure, hunger, and it potentially prevents or reduces the occurrence of migraines, too. Anandamide may function much like THC — the compound in cannabis that causes intoxication — and they both activate the same cannabinoid receptor in our nervous systems, known as CB1.

CBD is already FDA-approved in the US for treating rare seizure disorders, but only in the form of the pharmaceutical Epidiolex. Likely, we’ll find that this cannabis compound can treat a whole host of maladies. But since naturally-derived CBD comes from marijuana, we’ll need to wait for the federal government to wisen up before we see more people benefiting from clean, medicinal CBD.