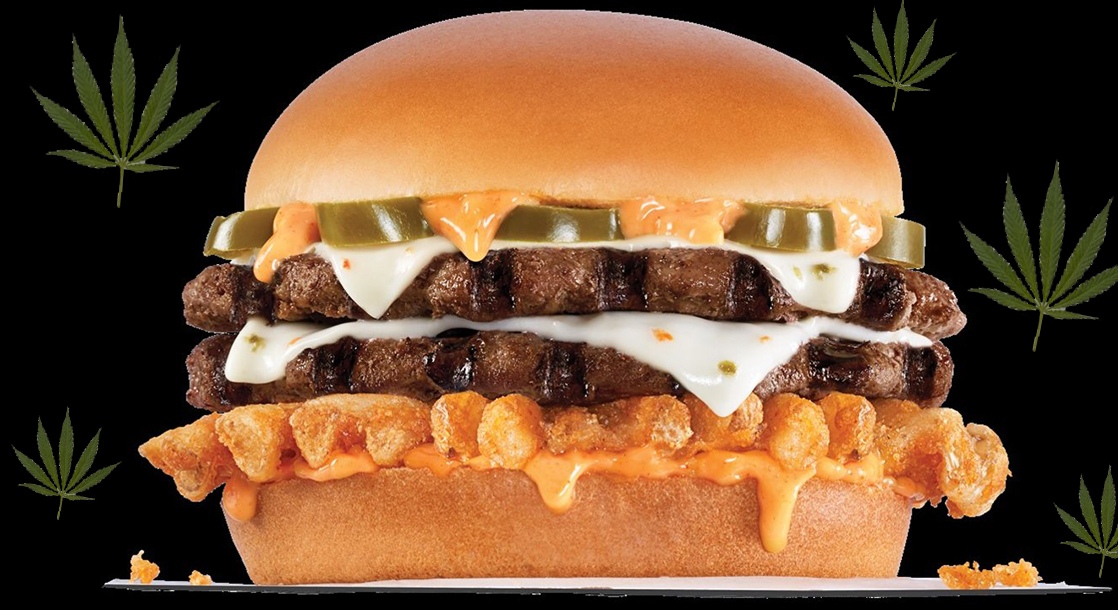 This 4/20, Carl’s Jr. will dish out its new CBD-infused burger, dubbed “Rocky Mountain High: CheeseBurger Delight,” making it the first fast-food chain in the nation to sell weed-infused food.

The CBD-burger promotion runs for only a single day at a single Carl’s Jr. location in Denver, Colorado. Each burger is priced at $4.20.

The only portion of the burger containing the insanely popular cannabinoid will be its signature Santa Fe sauce, sourced with CBD oil provided by BlueBird Botanicals, a Colorado-based hemp company.

If the burger’s sales performance impresses Carl’s Jr.’s executives, they may begin offering the CheeseBurger Delight year-round in other weed-legal states.

“If you were to ask me [about CBD burgers] when I was at Burger King back in the mid-2000s, I would have been like, no way,” Carl’s Jr.’s VP of marketing, Patty Trevino, told Business Insider. “But today, this is a huge trend with consumers.”

In recent weeks, other large chain retailers have picked up on the CBD craze. The drugstores CVS, Walgreens, and Rite Aid are now selling CBD topicals and other infused wellness products.

CBD’s legality, at the federal level, lingers in a gray area. While its most common plant source, hemp, was effectively legalized nationwide late last year, the US FDA is investigating whether the compound should be treated as a drug subject to regulation. Last week, the administration issued warnings against three CBD companies for making unfounded health claims for their CBD products.

Carl’s Jr. hasn’t made any health claims regarding the new burger’s CBD content, but they have claimed it’ll be delicious AF.