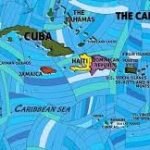 Some developments in Jamaica, Trinidad & Tobago.

A tripartite agreement was signed on Monday to implement a cannabis pilot programme in Accompong, St Elizabeth, under the Cannabis Licensing Authority’s (CLA) Alternative Development Programme.

The agreement was signed by representatives of the CLA, Accompong Town Maroons, and Timeless Herbal Care, at a press conference at the New Kingston office of the Ministry of Industry, Commerce, Agriculture and Fisheries.

The Alternative Development Programme is being implemented as a strategy to transition traditional cannabis farmers from an illicit framework into the regulated environment, as a means of promoting sustainable economic development and poverty eradication.

It is also aimed at providing access to quality-controlled cannabis for medicinal purposes, in keeping with government policy.

Portfolio minister, Audley Shaw said that the signing will ensure that traditional growers of ganja/marijuana are not left out of the formal cannabis system.

“This is what it is about. We are, therefore, putting together this pilot project, and we are here for the signing of the first of two major pilot projects,” he said, noting that another signing will be done for a project in Orange Hill, Westmoreland.

The dispensary is the fourth of its kind to open in Jamaica and the second to open in the capital city of Kingston, after Epican at the Market Place on Constant Spring Road.

The company is a fully integrated seed-to-sale operation which includes cultivation, processing, research & development, as well as retail.

“Today, we are very proud to share with the public Itopia’s representation of the Jamaican ganja culture,” said Joan ‘Nanook’ Webley, the company’s president. “Jamaica possesses something special in the global cannabis community and our aim is to represent that as authentically as we can.”

This authentic representation of Jamaican ganja culture is embodied in Itopia Life’s brand identity which is rooted in African ancestry, Jamaican indigenous cultures and the vibrancy of the modern ganja consumer.

The location of the dispensary at 10A West Kings House Rd has long been a creative hub for musicians, filmmakers and artists. Webley added that some of these creatives, who have helped keep Jamaican culture alive, are partners with Itopia Life.

The property at West Kings House Road has been leased from the Henzell family, and it was the family home of Perry Henzell, the director of the acclaimed Jamaican movie T he Harder they Come.

At the end of 2018, Prime Minister Keith Rowley announced that the Government of Trinidad and Tobago would decriminalize marijuana as of June 2019 – but as discussions have spread in July, the public wonders what exactly this bill will imply and when it could take effect.

If they pass this law, Trinidad and Tobago will join the Caribbean nations that decriminalized cannabis in an effort to reduce drug trafficking, lighten the burden of the judicial system, ensure religious inclusion and help boost local economies.

The Prime Minister’s first statement in this regard surprised many, as he hadpreviously stated categorically that reform of the marijuana law was not his priority. However, the recent changes made by some nations in the region, such as Jamaicaand Antigua and Barbuda, as well as the constant incentive from the public and the Caribbean Community (CARICOM), apparently influenced the position of the cabinet.

In Trinidad and Tobago, many citizens are frequently arrested for possession of marijuana. Although these arrests do not always end in confinement, they usually go hand in hand with a court appearance.

According to the country’s current law, possession of marijuana is punishable by a fine of $ 25,000 Trinidad (approximately $ 3690) and a sentence of five years in prison, but can be doubled depending on the amount of marijuana found, and also if the accused has received a prior conviction or not. Moreover, the accusation can reach possession if it is discovered in a private space – such as the house or the car – unless it is proven that it was without the knowledge of the accused.

Decriminalizing would mean that the possession of cannabis for personal consumption will not entail sanctions. The Attorney General, Faris al-Rawi, finishedofficially drafting the law, which he affirms, contains particularities such as the amount authorized per person and information on production and distribution.

However, decriminalization does not mean that they will legalize it.

Even if the new legislation were approved, the consumption of marijuana in public spaces will continue to be illegal, so the corresponding sanctions will probably remain high. In his first press conference on the matter, the prime minister Rowley emphasized that his government only focuses in decriminalizing at the moment.