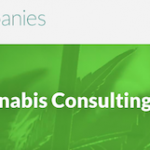 If you wish to re-publish this story please do so with following accreditation
AUTHOR:  “Jordan Zoot.  “aBIZinaBOX Inc., CPA’s“
PUBLISHER:  CANNABIS LAW REPORT
Please note all articles published by Cannabis Law Report contain opinions by our external contributors and are not necessarily the views of this publication.

Cantonization – California – Cannabis – We have been looking forward to writing this article for a number of reasons.  We want to begin by thanking John Schroyer of MJBizDaily for introducing us to the issues we will discuss in this article.  We will try to polish some of the raw gems that John identified in a three-part set of articles, How a little-known tax auditing firm became ‘kingmakers’ of California cannabis, Decades of relationships give rise to HDL’s California cannabis stronghold and Profit-maker or profiteer? Cannabis industry conflicted on HdL’s influence, impact

We hope our polishing will serve to enhance John’s journalistic efforts to increase integrity and professionalism in California’s cannabis industry.

There are a couple of personal observations that we are pleased to have the opportunity to include in this article.   John begins by identifying HDL[1] as a “tax auditing” business that has become a dominant force in California’s marijuana industry.  HDL claims to act as a consultant to roughly 125 cities and counties.  We first note that HDL is not a certified public accounting [“CPA”] firm.  Neither the firm nor any of the principals of the firm are CPAs.  We verified the preceding both on CPAverify.com and on the California Board of Accountancy website[2]

HDL holds an asset derived from the origins of the firm that appears to be the foundation for its success in California’s cannabis industry.  As a consequence of decades of work in connection with sales tax assessments, many cities and counties use proprietary software run by HDL. HDL has bragged,

“We’re the only company in California that has all the financial information from everyone who pays sales tax,” McPherson said. “What we’ve done is identified cannabis businesses through our queries or clients. … So, every time we run that data, we would always know all the retail companies that are cannabis-related.

HDL’s access to data relating to sales in the cannabis industry that no competitor has drawn criticism from some involved in California’s cannabis industry.  However, the pivotal role HDL is playing in suggesting local tax rates and determining the fates of prospective licensees

HDL has become a virtual a one-stop shop for local governments still figuring out:

How to effectively regulate the marijuana industry.

How big they want to allow the industry to get.

Because California requires city or county approval before any state license will be issued, HDL has fallen into control over hundreds of million-dollar business opportunities.  HDL has been dubbed by some in the industry as “kingmakers” solely as a consequence of being in the right place at the right time and with access to the right resources.  This, of course, is wrong because HDL is playing both sides of the street and is not hindered by professional licensing or regulatory standards.

McPherson’s arrival at HDL is another example of the right time, right place, and right portfolio. 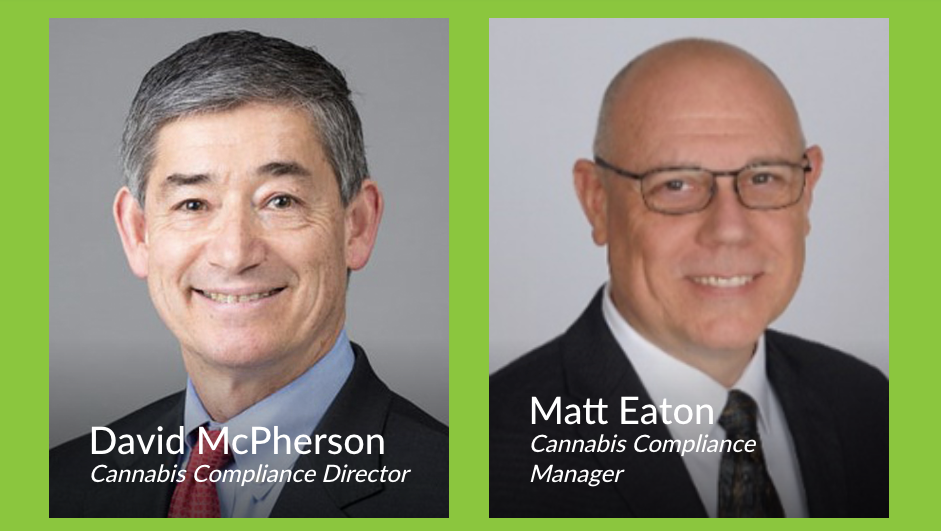 McPherson was planning to retire from his job as head of revenue for the city of Oakland, California, in 2015 when HDL offered him a job.  The job, in part, was offered because of his experience regulating Oakland’s medical marijuana industry.  But McPherson’s sendoff was colored by a contract scandal and newspaper report that he was “forced out” of city government.

One of the city’s vendors, Progressive Solutions (PSI), sued Oakland in state and federal court starting in 2015, alleging its proprietary software had been stolen under McPherson’s watch.

The same vendor then alleged a year later that McPherson had “rigged” the city’s process of bidding contracts by not renewing a deal with PSI for tax auditing software and instead awarding it to HDL. As a quid pro quo, PSI alleged HDL hired McPherson to run its cannabis consulting division.

According to a June 2015 story in the East Bay Express newspaper, McPherson is quoted as saying he had recused himself from the process of choosing a vendor for the software, citing a conflict of interest with HDL.  McPherson did not elaborate on what that conflict was. That scandal has dogged McPherson in the ensuing years and still occasionally causes professional strain.

Jason Callum, president of the San Luis Obispo County chapter of NORML, said he was able to talk his county’s board out of hiring HDL by citing the controversy surrounding McPherson’s exit.

“Because that article from East Bay (Express) came out, then some of the industry folks were like, ‘McPherson left, and this whole scandal, blah, blah, blah,’ and I couldn’t talk about it because it was under litigation,” McPherson said.

Incidentally, we learned more about San Luis Obispo County through our discovery of the California Cannabis Authority [“CAA”][3]

Jackie McGowan was quoted as stating

“Sacramento-based consultant Jackie McGowan, who has been one of the more vocal of HDL’s detractors, blames the firm for a series of high local tax rates that were established in places such as Monterey County and municipalities including Coachella, Greenfield, Marysville, Moreno Valley and Salinas.”

We think that we finally understand that this might be one component of the Colossal Licensing Fiasco that Lori Ajax, or perhaps Nicole Elliott, Governor Newsom’s Cannabis Business Czar, could fix.  Our proposed approaches to a remedy would be:

An order from the California Dept. of Tax and Fee Administration [“CDTFA”] which would expressly limit access to taxpayer information and data to units of government and contractors tasked to perform specific actions. The tax data repository would be taken out of the hands of HDL to preclude them from using it for their exploitation.

The Bureau of Cannabis Control [“BCC”], and its sister licensing agencies could create a rule that expressly denied cannabis licenses to any individual or business entity that was represented by a contractor [such as HdL] if the city or municipality where a permit was being sought had any business relationship with the contractor during a period of time. It would cause “pay to play” to become radioactive.

We understand that this wouldn’t clear up all of the problems, but it would be a damn good start.

While we are not going to draw specific conclusions, our additional thoughts on the topic include

The conduct of HDL and its principals is unethical, unprofessional, and very likely criminal.

Issues that come to mind include:

It is very likely HDL is violating California law and local ordinances in working within a jurisdiction to set up a licensing program and then representing applicants for those licenses.  Think about how much of this kind of thing has gone on since the beginning of time in the construction industry.

It is likely HDL is misusing financial data to which it has access because of its involvement in systems and auditing that gives the firm an advantage in representing clients.  I am not certain of the breadth of California’s limitations on access to confidential tax return information.  With regard to income tax, California’s laws are more restrictive than federal law.  I suspect these same laws apply to Sales Tax information, but I have never looked into this issue.  Real property tax information, of course, is a matter of public record.

A substantial part of the problem that HDL presents relating to the cannabis industry is a product of the two-tier licensing system that California adopted which unfortunately was coupled with a failure of California to defer to local jurisdictions to the maximum extent possible.  As a consequence, a cannabis business must kiss the rings of two different kings to secure a license.

To the extent that HDL has violated California law or local ordinances, including disclosure, ethical, or access to information laws and ordinances, local licenses as well as California licenses, would be subject to cancellation or revocation.

A copy of the request of written advice which was sent to BCC General Counsel, Tamara Colson, Esq. can be read here.

There is also the possibility HDL is exposed to a securities fraud lawsuit, even a class action, based on a number of different theories.

[1] The firm was formerly known as Hinderliter, de Llamas & Associates.  The firm was founded in 1983 as a firm devoted to real property tax and sales tax assessments.  The underlying business model for decades appears to have been based on conducting audits for cities and counties to assist in ensuring such local jurisdictions were collecting the taxes due.

[2] The fact that HDL is NOT a CPA firm raises a number of concerns.  The statement of an HDL spokesperson regarding HDL clients that a substantial number of “municipalities also still use HDL for functions such as marijuana compliance and financial audits’ is misleading and false.  Since HDL is not a CPA firm, it precluded from performing financial audits.  Solely CPA firms can perform financial auditing as a professional service provider.  Further, the preparation of tax returns, and representation in connection with such returns, is subject to both federal and California regulation.  Neither the firm nor its principals, David McPherson or Tim Cromartie, a lobbyist hired by the firm, are Circular 230 Practitioners subject to the Internal Revenue Service [“IRS’s] Office of Professional Responsibility [“OPR”].

Neither the firm, nor any of its principals appear to hold any license as a tax return preparer.

[3] We had an extended discussion with Greg Turner, Esq., the contract General Counsel for CAA who shared the following in response to a California Public Records Act request.

“Thank you for your inquiry, which has been forward to me for a reply.  In your letter, you request copies of or the opportunity to inspect the Memoranda of Understanding (“MOUs”) that CCA has entered into with the State of California’s cannabis regulatory agencies regarding METRC information sharing.

You have also requested copies of any “SOC audit reports, and privacy assessments that may exist.” They do not.”