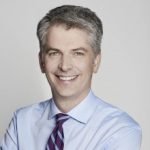 The special consultations on Bill 2, An Act to tighten the regulation of cannabis, have now been completed and a report thereon was tabled in Quebec’s National Assembly on February 21, 2019.

It should first of all be noted that a clear majority of the groups heard opposed the principal amendments proposed by Bill 2, particularly those pertaining to the legal age for consumption and the blanket prohibition on consumption in public places.

Also noteworthy is that only two groups, namely the Portage group of drug addiction rehabilitation centres and the Quebec association of neurologists, came out in support of the Bill. The consultations also revealed a clear divergence of views between several organizations in the health care sector, on the one hand, and other social organizations whose representatives appeared to testify.

Municipalities, notably the City of Gatineau, expressed major reservations about Bill 2, particularly regarding its impacts on municipal autonomy and the role to be played by municipalities, who in many cases will have the burden of managing several of the issues associated with the legalization of cannabis. As for the City of Montréal, its representative and mayor, Valérie Plante, spoke of the difficulties inherent in applying the restrictions on consumption in public places, given that 60% of the city’s residents are tenants and the majority of landlords have indicated that they intend to prohibit cannabis consumption in the buildings they own.

It should also be noted that a clear majority of the groups heard are opposed the government’s decision to raise the legal age for consumption to 21. Several groups, including youth organization called Citoyenneté jeunesse and Quebec mental health organization called Mouvement Santé mentale Québec (MSMQ), pointed out that this decision will lead to a host of problems for youths, who will have no choice but to continue to consume lower-quality cannabis from unauthorized sources. The MMSQ stressed that one of the main reasons the federal government legalized cannabis was to ensure the quality of the product sold.

The Quebec government must now submit Bill 2 to the National Assembly for deliberation on its adoption.

Lively debate can be anticipated, as the opposition parties, in a rare show of unanimity, do not support the government’s initiative. However, as this is only the second bill to have tabled by the government, in the weeks immediately following its election, it will presumably use its majority to have it adopted quickly.