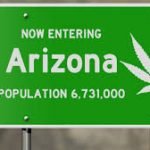 If you wish to re-publish this story please do so with following accreditation
AUTHOR: Liz S. Coyle – JacksonWhite Attorneys at Law.
PUBLISHER:  CANNABIS LAW REPORT

Every state in the country has introduced a medical marijuana program for qualifying patients who have a recommendation from a physician. Some of the states when further – they decriminalized marijuana for recreational use and made it free to buy and consume for adults of the age of 21.

The case is not such with Arizona. In this state, the rules and regulations are very strict even when it comes to medical cannabis. There are strict limits to the amount a qualifying medical marijuana patient can possess and if they cross the limit they might find themselves facing serious charges. Recreational marijuana use is considered illegal and it carries great punishments.

What are the Current Regulations on Medical Marijuana?

Marijuana possession, according to the current laws, is not taken lightly in Arizona. Regardless of the amount a person is caught in possession with, the charges are treated as a felony and the circumstances determine the class of the felony.

Only qualifying patients who have a valid medical marijuana identification card or their caregivers are allowed to legally buy and possess marijuana. The limits are set to 2.5 ounces for 14 days.

According to the cannabis laws in Arizona, even people who are on probation are entitled to the use of medical marijuana if they have a qualifying health condition approved by a physician.

This comes as a reaction from the lawmakers that children who are diagnosed with a qualifying condition should not be smoking marijuana due to their underdeveloped lungs. Instead, they argue that using marijuana concentrates can be more beneficial for children.

Recreational Use Legalization – Is It Possible?

The state of Arizona has been very limiting in regards to marijuana, even when it comes to medical patients. In 2012, when the medical marijuana legislation was passed, it was by a very narrow margin, proving that the state hasn’t developed a climate for marijuana culture, at least at a political level.

Recreational marijuana use has not been on the table. Yet there are some indications that this can change in the future.

The Arizona laws allow for citizens to vote on referendums and have their say on different topics. Recreational marijuana use is likely to be one of those topics, as the Arizona Dispensaries Association is working on an initiative to legalize cannabis for recreational use for adults over the age of 21 and to provide them with safe, tested cannabis.

Still, a thing to be considered is Proposition 205. This ballot initiative from 2016 asked the question should marijuana be decriminalized. The results were close, yet the bill wasn’t passed since 51.3% were against legalization.

According to a phone poll done by OH Predictive Insights, 52% of the surveyed Arizona residents support the legalization of adult use of marijuana, 41% are against and 7% are neutral.

As stated by a representative from the initiative for marijuana legalization, one of the main issues that the previous bill wasn’t passed was the wording. In the previous bill, it was worded as “recreational” instead of “adult-use” of cannabis. The initiative believes that this simple change in wording can be the difference between passing the bill and dismissing it.

Current Penalties for Adult-Use of Cannabis in Arizona

Marijuana possession in Arizona is not taken lightly, even though marijuana is not considered a dangerous drug. The current punishments for cannabis possessing are quite high and all offences are considered as felonies. For example, possessing less than 2 lbs of marijuana for personal use is considered as a class 6 felony. The punishment can go up to 4150.000 in fines between 4 months and 2 years of jail time. For sale and transportation of marijuana, the offence is classified as a class 3 felony and apart from the $150.000 of fines a person can be facing, jail time can go up to 9 years.

For the first time non-violent offenders, the law leaves room for rehabilitation and undergoing diversion classes. The individuals would need to be tested to check if they are using marijuana in the meantime while doing their diversion program. Probation will also apply and the length depends mainly on the amount of marijuana the person has been caught with.

Hemp is also considered as a drug and at the moment, it is still illegal to possess and grow hemp. There is a bill in place to reverse this starting in August of this year. this, however, refers most to hemp for industrial and research purposes and it will be regulated by the Department of Agriculture.

It seems like Arizona is moving closer to legalizing cannabis for adult-use, however, at this moment, cannabis possession remains a criminal act that can have serious consequences thank can change the course of a person’s life. Even though the public opinion states that the majority supports the decriminalization until the laws are officially changed if you are caught with cannabis you need to build a strong case with the help of an experienced criminal defense attorney to minimize the damage.

Liz S. Coyle is the Director of Client Services for JacksonWhite Attorneys at Law. She also serves as a paralegal for the Family Law Department. She is responsible for internal and external communications for the firm. 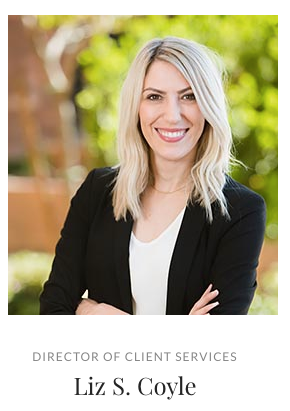