No matter one’s focus, the digitisation of nearly every facet of our lives offers hundreds if not thousands of new opportunities. Entrepreneurs, investors and founders in the cannabis sector, like everyone else, have all been watching the technology space. From a business perspective, this is likely an excellent strategy. Cannabis folks should, however, make sure they aren’t also inheriting any of the unpleasant social aspects of the tech world, like gender inequality.

Fortunately, this doesn’t look to be the case so far, but some experts have identified some changes on the horizon.

Separating business strategy from the chaff

In an interview with Narbe Alexandrian, the president of the VC firm Canopy Rivers, he compared the current state of European cannabis to the tech industry in the 1990s. The winners from the then-emerging Internet, including Apple, Amazon, Microsoft and so on, have provided key insights into how businesses can scale fast and thrive in 2020.

Across all the major digital success stories, one fact remains the same: Specialise or die.

Instead of vertical integration, companies should do one thing, and only one thing very well. For the rest, businesses should outsource their needs to reliable, top-quality service providers. Otherwise, they risk exhausting limited resources or losing market share in what is turning into a very saturated ecosystem.

Vicente Fox, former president of Mexico and current board member of Khiron Life Sciences, added to this via analysis from the automobile industry. He said:

‘You will have a GM corporation leading the marketplace with a few huge manufacturing centres around the world, which are all company-owned. After that everything is outsourced, everything is partnerships, everything is alliances and associations. In this pyramid of the automobile industry, you’ll see the manufacturing on top, the big state-of-the-art manufacturing places. Then you’ll see 50 suppliers that come to General Motors’ production line that are independent companies.’

Thus, shifting away from a one-stop-shop for consumers’ needs is now critical for a company’s staying power. Finn Age Hänsel of Sanity Group, a German cannabis startup that just raked in over ~ €20M in its latest funding round, also reminded that:

‘We want to focus on where value is being created. Not only is that not in cultivation but our team is much better at things like research, branding and a strong go-to-market strategy.’

This strategy, which is clearly being adopted around the world, makes sense. Cannabis, like the early days of tech, is a volatile industry. Companies are subject to swift regulatory changes that may see them close down shop, while other changes may land another firm a huge sum to keep its doors open. There exist windfall opportunities, it’s no secret.

But as the green rush looks to have peaked in Canada, and may just be getting started in Europe, there are portions of the tech industry that should not be welcomed. Specifically, the issue of gender.

While tech has historically yielded some of the highest returns to investors and startups, it has also been pocked by some of the gravest injustices to the female population. In 2017, for instance, only 26 percent of women held so-called ‘tech jobs’, in a world experiencing what is now frequently referred to as the ‘fourth industrial revolution’.

For the uninitiated, this digital revolution is predicted to usher in various political, economic and social changes akin to the rise of factories in the 18th century. 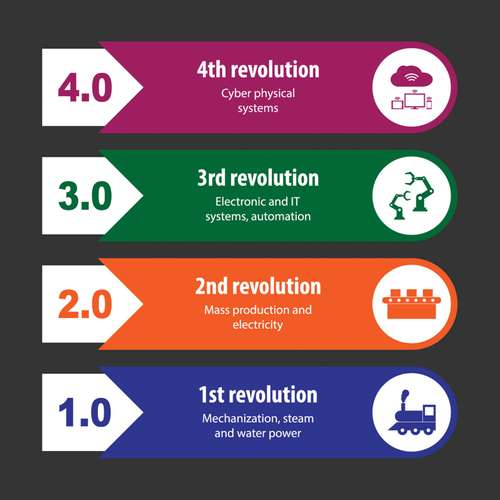 Opportunities that feed into this change are great but have too long been a bounty exclusive to males.

And despite public outcry, the issue doesn’t appear to be improving. In 2015, Smart Assets reported that jobs related to mathematics and computer science paid women roughly 85 percent of what male colleagues earned. What’s worse, In 2018, this figure dropped by a little less than 4 percent.

This gap is even larger when considering female C-suite members, with female executives last year earning a staggering 70 percent less than men in the same roles.

So, like technology, the broader business world also appears to be struggling with gender parity in the workplace. This is best highlighted by baseless distinctions in salary; if both candidates have the same pedigree and work experience, why should there be a difference in pay?

Cannabis closes the gap, for now

The marijuana market isn’t necessarily answering questions like the above.

But due to its taboo and nascence, especially here in Europe, the industry has been more than welcoming to female entrepreneurs. ‘The cannabis space was a huge opportunity for female entrepreneurs at first’, said Laure Bouguen in an interview with Strain Insider.

Bouguen is the founder of the cannabis-based beauty care brand HO KARAN. She also advocates for fair regulations around the production, processing and distribution of the hemp flower at the Syndicat professional du Chanvre bien-être.

The female-focused dynamic she is referring to is primarily due to the industry ‘starting from scratch’, she said.

In the absence of traditional power structures and stereotypes, these first steps offer a lot of opportunities for how business leaders want to define the industry. Civilized, a cannabis-specific publication, wrote about a similar phenomenon in Canada shortly before legalisation.

‘Canada’s cannabis industry is at a pivotal and exciting moment: the power structure of the sector is literally being created each day…This gives the cannabis industry the opportunity to build itself as representative of the future but to do this, it needs to take a far more deliberate and proactive approach on gender.’

Unfortunately, these new means of doing business may be overtaken by the industry’s imminent capitalisation.

Jasmin Thomas, the founder of Ohana CBD, a skincare company, explained that the slight decline in favourable conditions for women is tied more closely to the arrival of corporate culture than cannabis itself. Keeping this shift to a minimum is, therefore, a high priority for her and many of her colleagues.

This is why Thomas helped found the entOURage Network, which hosts events to help better connect female entrepreneurs in the sector. ‘We want to lead the conversation a bit to keep out toxic masculinity, which is so common in much of business, unfortunately’, she said in an interview with Strain Insider. And, so far, the push has been successful.

Thomas reported a 15 percent growth month-on-month since founding the network in July 2019. She also indicated that these days the demographic is split 50-50 between men and women. ‘Many of the people entering the entrepreneurial space these days are much more aware of gender issues’, she said, citing specifically the team at Prohibition Partners, a UK-based research agency focused on cannabis.

Including the group in the larger feminist movement wouldn’t be doing it justice. Instead, entOURage is just one branch of a growing initiative to align skilled professionals with appropriate roles, regardless of gender.

The kind of events the platform sponsors include CBD-infused lunches, relevant film screenings, panel discussions on items like the novel foods regulation and much more. Ultimately, said co-founder of entOURage, Jessica Steinberg, ‘it’s a friendly community where people can openly share their experiences with cannabis.’

For her part, Steinberg is a delegate at the UN’s Commission of Narcotic Drugs and helps operate a cannabis consultancy called Global C. Since May 2018, when she and Thomas formed entOURage, the two have been working hard to steer the discourse between gender and cannabis.

Despite such proactive efforts to guard the cannabis industry against the same pitfalls as the world of business and tech, Bouguen has expressed a few negative experiences. She said:

‘Sometimes, I receive aggressive messages on social networks from cannabis male-activists who despise me because I’m a girl and work in the cosmetics space. They deny my legitimacy because I don’t talk about recreational cannabis.’

Concluding, the first-movers in the cannabis industry have also enjoyed the advantage of defining the conversation. But the work has only just begun. The sector is expanding fast. As forward-leaning regulations slowly play out across the European continent, expect the queue of entrepreneurs to grow long.

Related: Domestic Cultivation is the Next Step for European Cannabis

They bring with them mental models, signals and frameworks for cannabis. Advocacy groups are thus essential for reminding folks of the hard work that has already been done to get to this point. Because this isn’t business as usual, and many want to keep it that way.

The post Cannabis Doesn’t Have a Gender Problem, Yet appeared first on Strain Insider.