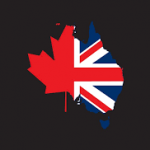 MediPharm Labs said it has entered into its first definitive international sales agreement with AusCann Group Holdings. Under the terms of the agreement, MediPharm will supply private-label, purified, pharmaceutical-grade cannabis oil concentrates or resin for export to Australia. AusCann will use MediPharm Labs’ concentrate to manufacture cannabinoid capsules. Since receiving its sales license in November, MediPharm has completed five private label sales agreements.

MYM Nutraceuticals said it established the Gold Coast, Queensland-based company MYM Australia, which will develop an outdoor cultivation facility. As the first phase, MYM Australia said it will develop 50 hectares in New South Wales and over the coming years will develop another 350 hectares. The project will be developed in partnership with CPRSX Holdings.

MYM Nutraceuticals’ wholly owned subsidiary will own 75 percent of the project and CPRSX will own the other 25 percent.

Australia is likely to legalize recreational weed in the not-so-distant future, and it could potentially become an important market for cannabis companies. New Frontier Data estimates that the Ocenia cannabis market — both legal and illegal — is worth $5 billion.