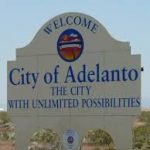 Lifestyle Delivery Systems Inc. (CSE: LDS), (OTCQX: LDSYF), (Frankfurt: LD6, WKN: A14XHT) (“LDS” or the “Company”) is pleased to announce that the City of Adelanto, where the Company’s state-of-the-art facilities are located, informed the Company that the city ordinance to reduce the cannabis tax has gone into effect as of June 6, 2019.

Last week the City of Adelanto announced the ordinance to reduce the tax on Transportation, Distribution, Manufacturing, and Cannabis Testing Lab Services from 5% down to 1% voted 4 to 1 in favor of the reduction has become effective. The City council also had voted 4 to1 to reduce the cultivation tax from $5 per month per square foot to $0.42 cents per month, per square foot, this tax reduction and the dispensaries tax which was reduced from 5% down to 3%, both went into effect on June 6, 2019. The reduction in city taxes will be a positive incentive for cannabis businesses to operate in Adelanto.

The Company’s CEO, Brad Eckenweiler, stated, “This tax reduction was essential to our future and the future of our subsidiaries in Adelanto. Without this restructuring of the taxes in Adelanto the Company would have had to move its licensing jurisdiction in order to compete in the current California cannabis market. We were not alone in this assumption, most of the operators in Adelanto were making similar plans, some have already moved portions of their operations. We were forced to reduce our production based on the onerous tax burden, which would have cost far more money to operate than to not operate. That is now behind us, and we are preparing to ramp up our production once more, understanding that this was an obstacle that has been overcome and we can resume full operations.” The LDS subsidiaries are excited to get back to a full work schedule and applaud the actions of the city council and look forward to a long and mutually beneficial future together.

Weed Taxes in Pueblo, Colorado, Are Helping Over 700 Students Pay...