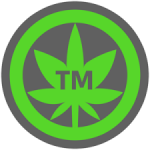 Sourced From:  Kight On Cannabis

This article is reposted with permission from Danny Zlatnik, a California lawyer experienced with both cannabis law and intellectual property.

A common misconception about trademarks is that they are “names” that one can own after submitting an application for one. This is wrong for two reasons. First, the name of a product by definition cannot serve as a trademark: a trademark must distinguish a product from other products as to its origin, and it cannot merely describe the product itself. Second, trademark rights arise immediately upon use of a trademark; they do not arise upon the granting of an application. A federal application, therefore, does not ask the government to create trademark rights, but rather seeks recognition of existing trademark rights.

This post concerns the first problem with respect to hemp strains (or, more formally, varietals and cultivars). Now that hemp plants are not prohibited under the Controlled Substances Act, there is no general barrier to the US Patent and Trademark Office (USPTO) recognizing the rights asserted in a trademark application. Even so, hemp companies that believe they “own” a particular hemp strain and rush to file for a trademark registration may come away disappointed.

Let’s consider Hemp Company, a company that believes it has exclusive rights to a hemp strain it refers to as “ABC.” Hemp Company started with a commonly grown hemp varietal, and bred it to have particular traits it desired. It is therefore a “cultivar.” But does that mean Hemp Company “owns” anything?

The exclusive right to grow a particular cultivar can come in many different forms: a plant patent under the Plant Patent Act (35 U.S.C. 151), a Certificate of Protection under the Plant Variety Protection Act (7 U.S.C. 2327), a patent under federal utility patent law  (35 U.S.C. 1), or protection as a trade secret under various federal and state laws. How these types of protections could apply is beyond the scope of this article, except to say that unless some exclusive right applies, Hemp Company simply has no right to prevent others from growing the cultivar it wishes to claim as its own.

The exclusive right to use the term “ABC” in connection with hemp, on the other hand, concerns trademark law, bringing us back to the initial problem: is “ABC” a product name? Or is it a trademark?

The answer, and whether Hemp Company can ever claim an exclusive right to use the term “ABC” in connection with hemp, ultimately depends on Hemp Company’s conduct.

IF YOU WANT TO OWN A TRADEMARK, DO NOT USE IT AS A CULTIVAR (OR STRAIN) NAME

Hemp Company could market its hemp as the “ABC cultivar” and establish “ABC” as the name of the cultivar itself. This would, however, make it impossible for “ABC” to serve as a hemp trademark. That is because a trademark must serve to distinguish a product from others as to its source, but Hemp Company would have made “ABC” a generic name that merely describes a product. Under this scenario, any other company growing genetically identical hemp would accurately call such hemp “ABC,” and Hemp Company would have no right to prevent them from doing so.

ESTABLISH A TRADEMARK SEPARATE FROM THE CULTIVAR (OR STRAIN) NAME

hemp (Cannabis sativa cv. X4ijtx).” Under this scenario, consumers will understand that the product is a certain type of hemp, and that “ABC” is a distinguishing brand, not the name of the product itself.

You probably noticed the addition of the “tm” superscript. While the superscript is never required, it helps make clear that there is a brand name separate from the product name. Hemp Company could even use the phrase “ABC

hemp” (without including the cultivar name every time), as long as that distinction remains clear. If Hemp Company were to obtain registration from the USPTO, it could (and should) replace the “tm” superscript with the ® symbol.

As you might have observed with respect to other agricultural products, these are not new concepts. Any company can establish and register trademark rights in this manner, and can do so with respect to an already-named cultivar. While this will require a departure from common marketing practices borrowed from the cannabis industry, the ability to leverage a brand name is extremely valuable and well worth the extra layer of care.

Hemp companies should reach out to an experienced attorney for counsel on how to secure trademark and other intellectual property rights related to their product.

Rod Kight is an attorney who represents lawful cannabis businesses. He speaks at cannabis conferences across the country, drafts and presents cannabis legislation to foreign governments, is regularly quoted on cannabis matters in the media, and maintains the Kight on Cannabis legal blog, where he discusses legal issues affecting the cannabis industry. You can contact him here.