All photos courtesy of Andrew Bernstein and XLIBRIS

Andrew Bernstein is famous among the famous for many reasons. To start, he was Willie Nelson’s personal weed dealer. But the writer, cannabis proponent, and artist became a friend to and cult figure among some of the ‘60s biggest cultural icons due to an ineffable quality about his character. He was always at the right place at the right time, and even his most casual anecdotes are the types of stories that most Baby Boomers could only dream of.

To wit, while on tour with Willie, Bernstein and the Red-Headed Stranger ended up backstage at a Grateful Dead show in Chicago. Bill Kreutzmann, the Dead’s drummer at the time, saw Bernstein and said, “Holy Christ, what are you doing here, and how did you end up with Willie?” Turns out that Jerry Garcia himself was Bernstein’s guitar and banjo teacher before the Dead blew up, but they remembered the young buck nevertheless. So after the show Kreutzmann joined Bernstein and Willie’s guys on the bus and talked about the Dead’s early days. They sat in that parking lot, smoking joints and shooting the shit till five in the morning. Willie was the star, but Bernstein was the spark that led to this can’t-make-it-up meeting of the minds.

This is just one of many THC tales that Bernstein relates in his recently-reissued memoir, California Slim: The Music, The Magic, and the Madness. From its first pages, the book makes it clear that Bernstein was a true OG of the radical 60s. With chapters like “Warlocks Emerge,” “South of the Border Down Mexico Way,” and “Eating My Own Face,” the whole narrative is pretty much a vicarious acid trip into the glorious countercultural revolution going on at the time. Accompanied by posters, photos, and flyers from the era, California Slim is a one-stop time machine that will drop you right into the ‘60s and ‘70s.

MERRY JANE caught up with Bernstein by phone to learn about what it was like watching the Grateful Dead become icons, how he got involved with marijuana dealing, what the quality of weed was like at the time, and how he became Willie’s personal supplier. Here’s what the lowkey-legend had to say. 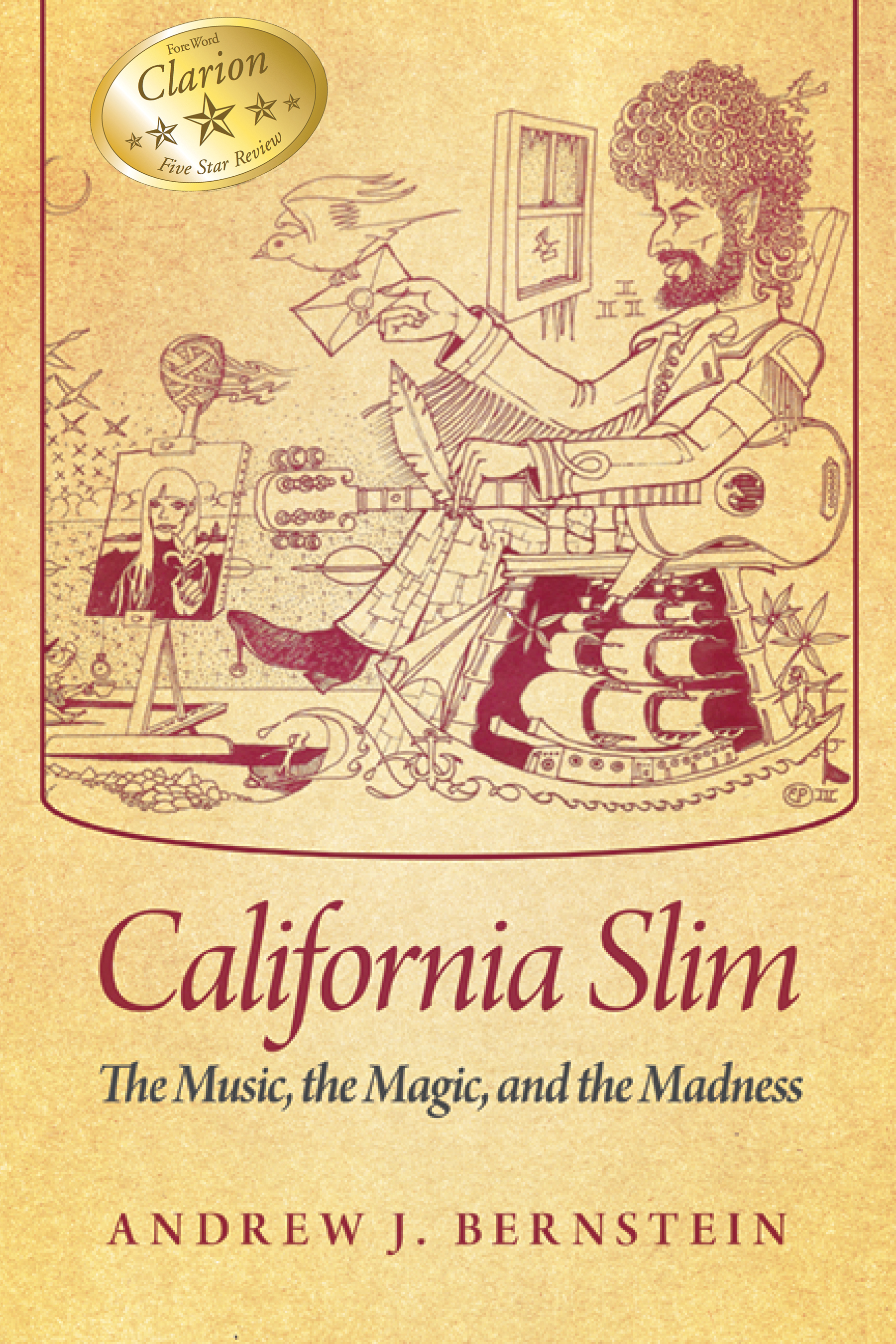 MERRY JANE: Did you always know you would one day write a memoir? When did you originally decide to start it?

Andrew Bernstein: I knew I was [going] to write this book about the time I met Willie Nelson. I spent 20 years thinking about it and taking notes. I set about writing in 2000. I knew the story was good, plus I had all the pictures and posters so people couldn’t accuse me of being the number one bullshit artist in the world.

You’ve known members of the Grateful Dead since you were a kid. What was it like watching them become icons?

I knew Billy Kreutzmann, the drummer of the Dead, since fourth grade. He wasn’t somebody I hung around with a lot until junior high school. When I was 14, I wanted to learn how to play a stringed instrument and the only teacher in town was a guy named Jerry Garcia — then an unknown, struggling music teacher. We struck up a friendship. He quit teaching and another guy Ron McKernan, who later became known as Pigpen, started teaching me.

It was a very organic experience growing up with those guys in my life — first as acquaintances, then as friends. During my senior year at Paly / Palo Alto High School, Bill came to school one day and said, “Hey you guys know I been jamming with Garcia and Ron and we’ve got a little band, and we’re gonna play our first gig tomorrow night. We’d really like you guys to come because we won’t have an audience.” I asked Bill the name of the band, and he said, “The Warlocks.”

You actually went to their first gig? Wow. What was that like, and how did having these guys as friends impact your life at the time?

Their first gig was on a Wednesday night at Magoo’s Pizza Parlor in Menlo Park. That was the first Grateful Dead show, [but] we didn’t know it was gonna be the first Grateful Dead show. It was just our friends’ first time playing in public. And it took off from there. They stayed around Palo Alto for a while and there were the first couple of acid tests. I wasn’t a Deadhead per se. I ended up producing a lot of Jerry’s shows when I had my nightclub; his side bands, Old & In the Way and Merl and Jerry, [played there], which was great. The Dead were big important part of my life. They are a true American phenomenon. It’s just an amazing story. 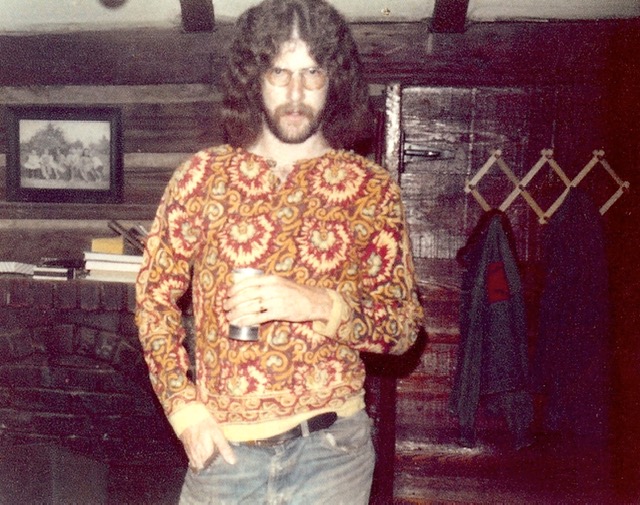 Above, author Andrew Bernstein in his twenties

At this time, how did everyone in the scene view marijuana?

[In] 1965, we were all beer drinking guys. Kreutzmann was hanging out with this crowd in West Menlo Park — Ken Kesey and the Pranksters, as well as some writers and artists, and got turned onto marijuana through them. After that, the rest of my friends and I got turned on and we never looked back. I never became much of a drinker. But in those days, you didn’t want to get caught with a joint. You didn’t want to get caught with a seed. I became a dealer after I got turned on. Within a year [of smoking for the first time], I was selling ounces. We all integrated marijuana into our lives, much to our parents’ disdain. But in those early days, we loved getting high.

You jumped right in and became a dealer, despite the risks?

I did one smuggle where I brought 200 pounds across the border. The things we had to do to get weed back in those days… We did that smuggle the night Nixon was elected to his first term, simply by coincidence. I thought it was fitting. From an ethical standpoint, choosing to smuggle 200 pounds in was my duty, as I saw it; it was a social responsibility. And I was keeping everybody who partook from using alcohol.

Now that’s the mind of an 18-year-old, but I stand by it. It was a badge of honor. We were most definitely outlaws. When the Eagles song “Desperado” came out, it fit a whole bunch of us. That song is very close to my heart. We took pride in what we did. We felt it was socially just. We felt the laws were archaic. They were wrong. Everything you saw on television, every portrayal of what we did, portrayed us as criminals and ruining peoples lives, etc, etc, etc.

You had the reputation for dealing high-grade cannabis, which wasn’t always common at the time. Can you tell me about the quality of weed you were getting?

When we first started smoking, it was whatever we could get our hands on. It wasn’t until down the road, a couple of years later, [that] I learned about grades of marijuana and about what sold, including hashish and kief.  We also became experts on the growing regions in Mexico. The names that started ringing bells for us were Acapulco Gold, Panama Red, Thai Sticks, and Colombian pot eventually came into the mix. Panama Red was the first strain we saw that had red hairs on the buds. That was kind of a landmark moment. The same thing with the real Acapulco Gold.

You don’t see it anymore, though. I’ve never really seen an Acapulco Gold like back in those days. The buds were actually gold. Beautiful. Absolutely gorgeous. The real Thai Sticks, which I haven’t seen in 40 years, were actually from Thailand. It was very unique in the way the buds were sewn on to the sticks. They were about eight inches long, very small tight buds, packed a punch, very peppery taste, very unique, wonderful high, technicolor high. We always chose top buds. 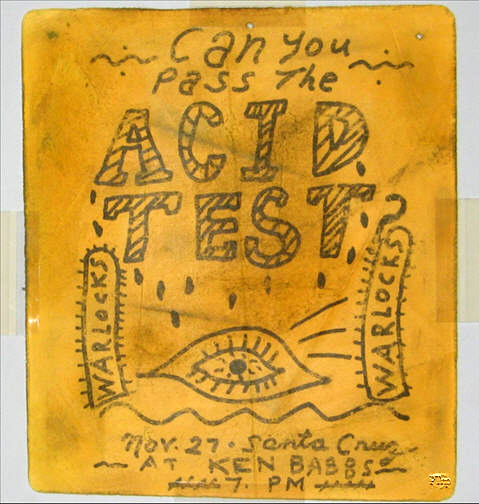 How did you meet Willie Nelson and get involved with him and his band?

We actually met over a shared interest in marijuana. The Dead and Willie were getting bud from the seller who I was getting them from — a botanist at UC Davis who had his own greenhouse set amongst all the student greenhouses. He was both growing and marketing with seeds from all over the world. Willie loved it. This guy who grew it also marketed it in these little brown canning bottles our grandmothers used to put preserves in. Never seen anything like it before. Only the Dead and Willie’s guys were getting this bud on a regular basis. It’s kind of the thing of lore now. Anybody who was around remembers those jars and collected them. 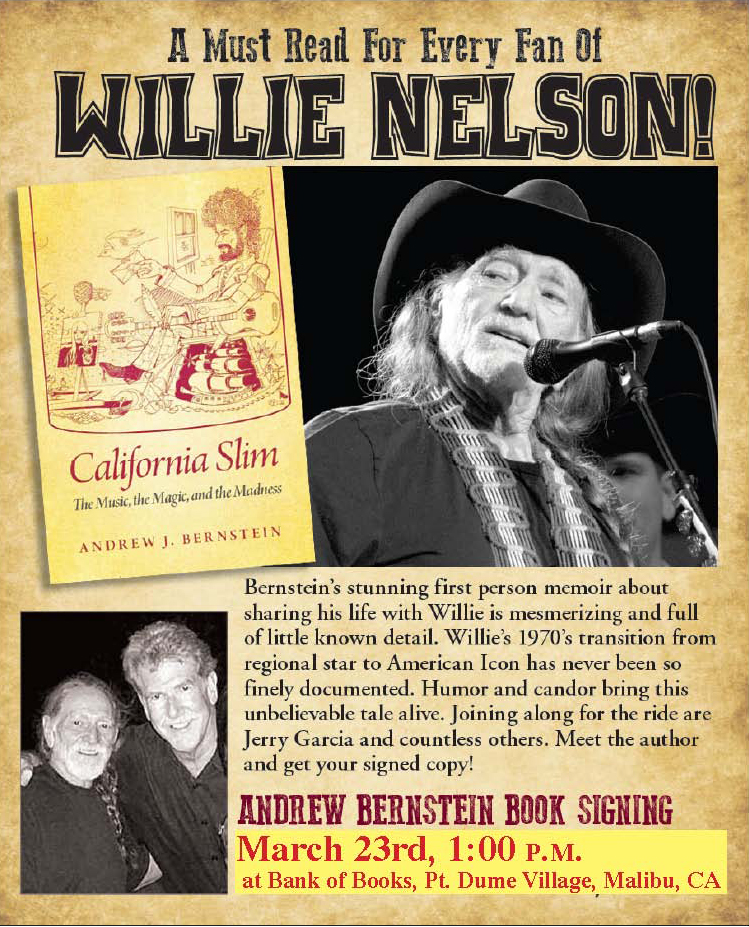 Coming from the ‘60s, with the cultural revolution happening, and then going into the ‘70s, when the War on Drugs became a reality, how did things change for you?

The politics of the ’60s were radical politics. Basically, “We can’t trust them and they don’t trust us.” We had an attitude that they were out to get us. We can’t trust the FBI. They are watching us. They do not have our best interest at heart. And Nixon ended up being a coward and a liar.

There’s a lot of similarities with him and with what’s going in the White House today. But that being said, it was a dangerous time. The War on Drugs was an older generation’s reaction to protecting their alcohol-infused mentalities.

When I was in my 20s and 30s, my parents and their generation were in their 50s, 60s, and 70s. They were running the country. Alcoholism wasn’t considered a disease; it was just, “Your father drinks too much.” They were all drunks. And they were all out of their freaking minds. The more we became aware of it, the less we respected what they were attacking us for.

And let’s face it, the War on Drugs was a war on marijuana. That’s how it got started. If the government handled it correctly, they would have legalized marijuana a long time ago. You deal with the problem at a systemic level, not with a war on the people.

For more on Andrew Bernstein, read his memoir “California Slim” and order your copy here

Marijuana Use in Older People Associated With Positive Effects on Sleep: Study

Selling Hemp Tea Is Injurious To One’s Freedom In Germany

Australia – Article: A new world beckons for the listed medical cannabis stocks, but...

Selling Hemp Tea Is Injurious To One’s Freedom In Germany