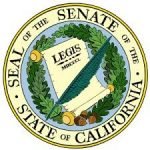 Next, the bill will head to the state assembly.

Along with the state administration’s announcement last week to streamline the permitting process to help keep growers operating in the legal market, the bill is meant to help ensure legal cannabis farmers don’t fall into the illegal cannabis market through no fault of their own, as a press release from Sen. Mike McGuire reads.

“The state is moving quickly to catch up to the massive backlog of cannabis farmers’ temporary licenses that have expired,” said McGuire in a statement. “Today’s action by the Senate and last week’s move by the administration will help keep farmers from dropping back into the black market at no fault of their own.”

McGuire continued to say, “We’re grateful to work with the administration—ensuring good actors who want to comply with state law don’t fall out of our regulated market. Without valid licenses, there isn’t a legal, regulated market here in the Golden State and a crisis will take hold.”

Senator McGuire and Assemblymember Jim Wood introduced SB 67 this year, which, if signed into law, will allow the California Department of Food and Agriculture to extend temporary licenses held by cannabis farmers while their annual application is being processed.

While the administration will be streamlining the permitting process, the state legislature is moving forward with SB 67—which was approved on the senate floor with a bipartisan 32-4 vote—to fill the gaps in timing for temporary permit holders while their annual licenses are being processed by the California Department of Food and Agriculture through the end of this year.

“I’m grateful that Governor Newsom has put an expedited process in place to address the expiration of temporary cannabis licenses, but we remain concerned that the processing time may still not be able to address the large number of temporary licenses out there,” said Wood. “Because of that, it is important for us to continue to move SB 67 forward.”

Currently, there are over 6,900 temporary state cannabis growing licenses in the state system that would have expired between now and July 2019. In March alone, over 1,000 temporary growing licenses issued by the California Department of Food and Agriculture expired, another 4,000 will expire in April.