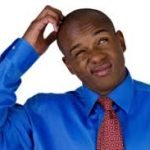 Industry officials report widespread confusion about how to operate Metrc, the software the state relies on to power the track-and-trace system.

Confusion also swirls around how companies – from growers to retailers – should comply with regulations governing the track-and-trace system, also known as CCCT.

Moreover, retailers worry the bar codes used with the system could cover key information contained on product packaging, such as government warnings.

Here’s a blast from the past to remind you about . MJ Freeway

“A Failure Overlaid On A Failure”

Washington: Report Reveals That Cannabis Tracking System Was A Failure Overlaid On A Failure