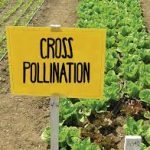 Now that it is legal at a federal level to grow hemp with the passage of a federal farm bill last year, California and its counties are struggling to write rules regulating production.

But one of the most pressing issues could be keeping fields that grow hemp, a type of cannabis, separate from stands of marijuana, also cannabis and known for its mind-altering qualities unlike hemp.

Last month the Mendocino County Board of Supervisors voted to implement a temporary moratorium on hemp cultivation, citing among other issues concerns about the cross pollination with marijuana, cannabis plants containing the psychoactive compound THC.

Under federal law, farmers can grow hemp as long as the plants contains less than 0.3 percent tetrahydrocannabinol, or THC, the psychoactive ingredient that creates the “high” associated with the cannabis plant. Hemp typically contains only trace amounts of the chemical. It can be harvested for fiber for clothing but is increasingly prized for its cannabidiol, or CBD oil, which is touted as having a variety of health benefits including stress and pain relief, to name a few. Farming for the oil rather than the fibrous stalks also requires less acreage, Linegar said, noting that could be a plus in Sonoma County given the expensive price of real estate and potential competition with the wine industry.

With the growing demand for CBD, Linegar also said hemp seeds could become more valuable and that Sonoma County could become a prime producer of approved, low THC strains.

Read the full article at https://www.northbaybusinessjournal.com/northbay/sonomacounty/9359172-181/california-cross-pollination-cannabis-marijuana-law

A Bipartisan Bill Would Regulate Hemp CBD as a Dietary Supplement