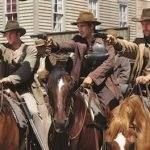 Keeping Cannabis Simple – We have had an on-going debate with a friend over a long period of time. We have a running debate over whether knowledge is a blessing or a curse. Every time he invokes “I wish I was stupid and didn’t have to think about everything…I remind him “be careful what you wish for, sometimes you get it. If anyone were to ask me for an example of where the adage is absolutely true, the legal cannabis industry in California is probably the best example.

Before everyone recoils with the thought that this article is more of the same, permit us to promise it won’t be that. We have written extensively about what believe the regulatory and tax authorities could have done to have avoided the chaos that pervades the market today.

There are a small number of critical points that would have made a tremendous difference.

If these four principles had been followed, a substantial portion of the problems that the industry has experienced never would have happened or been so prolonged. There is perhaps nothing that illustrates this better than the Gordian knot that CalCannabis seems to be in with cannabis cooperative associations [“CCA’s]. [See “Licensing CCA’s”]

The insanity of business plans and decks that focus on cornering the supply chain, inventing the next best whatever, while paying scant attention to who would be targeted as customers and how they would be attracted is “ass-backward”.

The California Legislature’s attempt to spawn a large number of “instant licenses” under AB 1356 is complete nonsense. Nothing is going to be accomplished with more licenses unless and until the four items described above are corrected.

The reduction of tax rates will accomplish VERY LITTLE until the record keeping, filing, reporting and payment process is substantially simplified and streamlined.

When people get excited about legalization at the Federal level we point them to Federal Legalization – Then What?

We have revised our definition of why a cannabis industry business [or any business for that matter needs a CPA]. The answer is either

“By providing the owners of a business with a constant harsh reality check and a way to prevent them from getting screwed by everyone that purports to want to help them.“