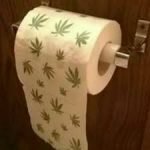 “Why is the State of California crushing this valuable resource?” and “Who is responsible?”

Interestingly enough, those who are responsible for crushing the industry are aware it is happening. California’s legislature knows the industry is being crushed. Over the past 2+ years the California legislature has regularly slapped band-aids on its efforts to preserve, regulate and tax the industry. The legislature, however, has had only limited success.

Why have the efforts of the legislature to preserve, regulate, and tax this valuable resource caused so much damage?

Some historical perspective is required to understand why the pursuit of unenlightened self-interest, which is a different way of describing the combination political expediency, short-sightedness, and institutional ineptitude, that explains why the State of California is crushing this valuable resource. California became the first state to legalize cannabis in 1996 with the passage of Proposition 215 as an amendment to the California Constitution. Proposition 215 granted to every Californian the right to “safe and affordable” medicine. For almost 20 years, however, California did little to establish a state-wide system for the regulation of its medical cannabis industry.

By the time California began the establishment of a statewide regulatory system for its medical cannabis industry, legalization of the adult-use of cannabis was looming on the horizon. Proposition 64 passed before California’s regulation of medical cannabis was fully implemented. Proposition 64 preserved the rights created for Californians under Proposition 215, although certain aspects of the two constitutional amendments do not appear to be wholly consistent. With the passage of Proposition 64, the California legislature needed to establish a regulatory scheme for cannabis covering two parallel state-legal regimes while cannabis remained a Schedule 1 drug under federal criminal law.

The self-interests seeking continued success, or an opportunity, or a financial bonanza, in this over-hyped industry, placed substantial political pressure on the California legislature. The self-interest of the legislature – keeping constituencies happy – converted this political pressure into legislation that accommodated to the extent politically expedient the financial interests of those with powerful or best-financed voices. The California legislature made the best it could of a problematic legislative task. California was fortunate that the political divisiveness that handicaps so much of the country did not exist in California in this period.

One of the principal reasons for the passage of Proposition 64 was the inclusion of a Cannabis Cultivation Tax (“CCT”) and a Cannabis Excise Tax (“CET”). Nothing creates political support for legislation that promotes apparent social benefits than the inclusion of taxes that will be paid by others. The backers of Proposition 64 correctly concluded this ill-conceived and poorly-written constitutional amendment would pass with the promise to generate sufficient revenue. The backers were correct. Proposition 64 passed. The legislature took heart from the passage of Proposition 64 and enacted legislation authorizing local governments to impose additional taxes on cannabis. Many did so.

As a consequence of the preceding, taxes on cannabis revenue account for 40%-45% of every dollar a consumer pays for legal cannabis in California. It is short-sighted for local governments as well as California to encourage the establishment of businesses that cannot survive based on the promise of tax revenues. Stop and consider for a moment the impact on tomato growers and processors if 40%-45% of every dollar a consumer paid for a bottle of catsup were paid to a governmental agency for taxes.

California’s cannabis agencies have attempted to impose an academically constructed regulatory scheme on the industry. California’s principal regulatory agencies crafted regulations to require the industry to conform to a mandated result rather than to guide, assist and encourage a transition. Concerning matters of land-use and public health and safety, state-wide regulation did not defer to local regulation to the maximum extent possible. State-wide oversight in all areas should be strictly limited to those matters that necessarily require consistent state-wide regulation. Even when state-wide regulation is necessary, it should to the maximum extent possible be guidelines that allow for local implementation within the limiting framework of those specific items that require state-wide rules.

Cannabis is merely an agricultural commodity that has for many some unique properties. Cannabis is unusually valuable by weight in comparison to other agricultural products.

The significant value of cannabis to a substantial degree is the product of its historical treatment as contraband.

Cannabis is also a weed that every Californian has the right to grow, possess and consume by Proposition 215. Of course, the rights granted Californians under Proposition 215 are subject to local regulation regarding land use as well as public health and safety.

It is not too late for California’s regulatory agencies to correct some of the errors they have made, although a significant amount of the damage cannot be mitigated. California will never collect the tax revenues it lost through the institutional ineptitude of CDTFA. BCC will never be able to redeem the injury it caused by its failure to provide clear guidance to other agencies on goals instead of allowing agency empire-building. The small growers that abandoned the industry because CalCannabis failed to defer to the maximum extent possible to local jurisdictions are unlikely to return to this industry.

If it is appropriate to identify one reason California is crushing its cannabis industry, that reason is the actions of the four principal cannabis regulatory agencies – BCC, CDTFA, CDPH and CalCannabis.

Is there hope? Is there a solution? The answer is yes. Lori Ajax is still in charge of this mess. With the support and guidance of the California legislature, Lori Ajax can insist CDTFA, CDPH and CalCannabis guide, encourage and assist instead of prevent.