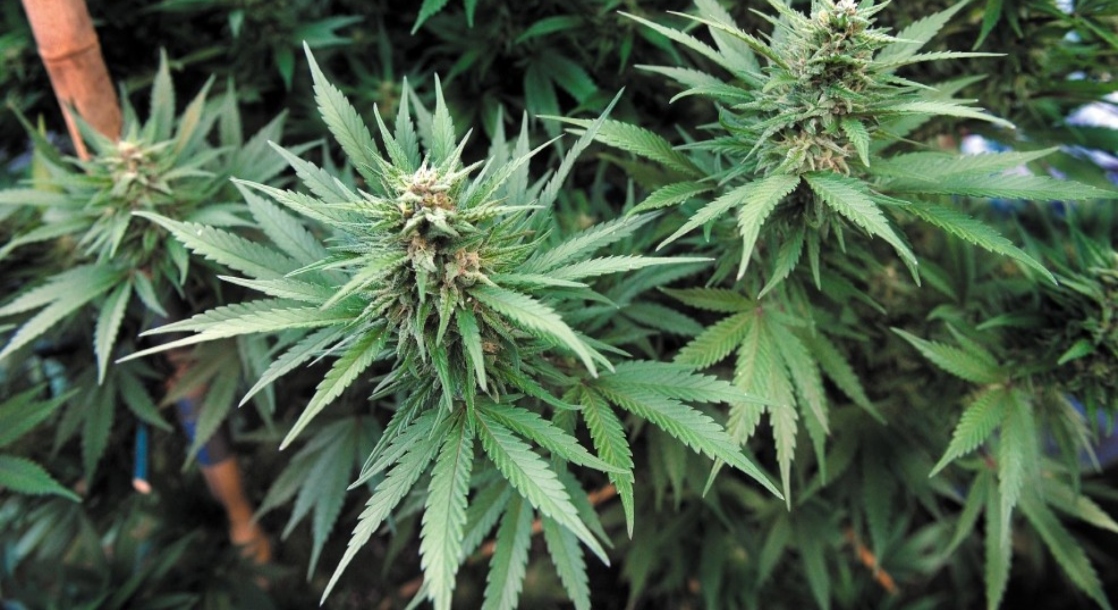 Cops in Anza, California, raided over 100 illegal cannabis farms this Wednesday, the second major raid against black market weed growers to happen in the course of a week.

Police served 80 search warrants on illegal pot grow-ops within hours after a murder was reported on one of these farms. Cops reportedly showed up in full combat gear with rifles. They left the area with helicopters and trucks overflowing with tons of seized marijuana, which is now slated for destruction. Riverside County Sheriff Chad Bianco said that he had been planning these raids for months, and was hoping to shut down at least 200 illegal growers by the end of the day.

“With common cartels and gangs and grows that are protecting themselves from thieves, that comes with guns and gunfights and shootings and robberies,” Bianco said to ABC 10News. “This isn’t a victimless crime. This is not a pretty little plant that we’re taking, someone’s medicine, this is a quality-of-life issue that is destroying this valley.”

Residents of the Anza area have been growing weed there for years, and many of these farmers hoped to gain approval from local authorities to do so legally. Riverside County recently created a new regulatory framework for legal cannabis cultivation, but local farmers have complained to the county Board of Supervisors that the complex licensing process is too difficult for them to navigate.

The board has yet to approve any commercial grow permits, leaving many farmers to decide to flaunt the law and keep on growing without a license.

The county’s Cannabis Regulation Task Force has been cracking down on these illegal grows since last fall. Six weeks ago, cops chose the celebrated stoner holiday of 4/20 to launch another raid against illegal farmers, seizing several tons of contraband cannabis.

“We treated 4/20 a little different,” Bianco wrote on Facebook. “Yes, there is a new Sheriff in town.”

The past week has been a particularly bad one for unlicensed weed cultivators across the Golden State. Last Thursday, cops seized nearly 10,000 actively growing pot plants from illegal farms scattered across the Santa Cruz mountains in Northern California. These raids are part of a larger effort from federal and state authorities to crack down on black market growers who have been providing unwelcome competition with the state’s legal industry, while also posing an environmental hazard to the state’s wildlife and waterways.