Some may mock the notion itself, but California cannabis church lawyers know one congregation in Humboldt County isn’t laughing. 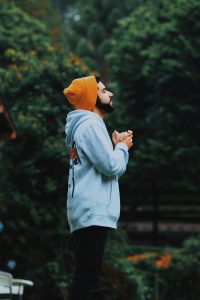 Named defendants include the county as well as the California Department of Fish and Wildlife. The church asserts government agency defendants breached their Constitutional 1st Amendment religious freedom rights as well as violations of due process under the 5th Amendment. Further, they relevant information intentionally withheld from the judge – specifically, that the raid was being conducted on a religious organization – in order to obtain the warrant without due consideration this information would have required.

The church’s cannabis lawyer explained to a local news outlet that congregants view marijuana as a sacrament, much in the same way a number of Christian and Jewish faithful view wine as a sacrament.

They aren’t alone. At The Cannabis Law Group, we recognize numerous well-established religions that view cannabis as a religions sacrament, rite or possessing some other sacred properties. These include:

Authorities reportedly targeted the church grounds because they were cultivating marijuana without a permit/license in violation of state law. Although it is true that most sacraments aren’t kept in significant quantities, the Sacramental Life Church in question is reportedly part of an association of some 40 other fellow churches. As many members of these other churches are located in more urban areas, they do not have the means to obtain the plant grown via processes that adhere to their faith. The group believes the way the plant is cultivated is essential to its sanctity.

It was the destruction of those plants on which the church is alleging constitutional violations. Plaintiffs allege that even if the warrant was valid, raiding law enforcement did not have the right to destroy the plants, in effect executing the punishment and depriving them the benefit of making their argument in court.

Plaintiff attorney says the county was put on notice that the greenhouse grow site was a church because he’d personally written identified it as such in paperwork filed with the county’s code enforcement office last year. The filing was in response to an abatement notice.

It was the CFDW (which can pursue action on either civil or criminal cases) that filed the search warrant. It was also the agency that allocated funds to rent a helicopter to take the overhead photographs used to secure the warrant.

A spokesperson asserted that in the course of carrying out cannabis enforcement operations, not only is crop eradication AND property damage is allowed according to agency policy, destroying cannabis plants on site – with no trial – is agency policy. The only procedure necessary, the spokeswoman said, was securing the the requisite samples and photographs, as required by law.

Cannabis attorneys can explain that while all commercial cannabis growers do need to have both state and local licensing in order to farm the substance, the question here is whether the agency, in destroying the plants before a trial, deprived the church of its right to dispute the claim of illegality before its property was utterly destroyed.

Still pending are the state and civil charges filed by the CFDW against the church.