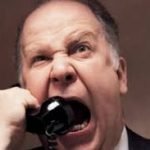 According to  local police blotter posted by The Union, Nevada County California’s  local newspaper,an unnamed individual smelled the tell tale smell wafting down the street and decided to call 911 about it.

Yes, someone called the Nevada County Sheriff’s Office on cannabis smokers in California, where marijuana has now been recreationally legal since 2018.  Police politely informed the Cali caller of this fact, which they weren’t happy about at all.

“A caller near Banner Mountain Trail and Gracie Road reported three people smoking marijuana,” reads the police blotter. “The caller became irate when they learned marijuana was legalized in California.”