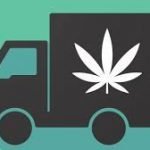 A state judge in California Superior Court in San Francisco County declined on Feb. 25 to issue a preliminary injunctionagainst the state highway patrol.

The injunction request was part of a lawsuit filed in December by a licensed distributor who claimed law enforcement officers called in the U.S. Department of Homeland Security to seize more than a quarter of a million dollars in cash during a traffic stop.