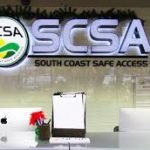 The Orange County Register Reports……Two years after the men behind Orange County’s first legal recreational marijuana dispensary filed dueling civil suits, accusing each other of everything from sexual harassment to arranging a murder attempt, a jury on Thursday issued a verdict that boiled everything down to a simple case of breach of contract.

The ruling shows how California’s newly legal cannabis industry is starting to function much like every other legitimate industry — even amid lingering allegations that the backdoor dealings and occasional violence that accompanied the unregulated market have, in some cases, carried over to the licensed market.

The case also offered a strong hint at the motivation for business conflicts, traditional and otherwise. The jury in the Orange County Superior Court in Fullerton determined that the dispensary, South Coast Safe Access, is worth at least $10.2 million.

The jury also ruled that shop owner David DeWyke breached his contract in February of 2017 by pushing out a former business partner, Derek Worden, amid accusations of bad conduct. The jury said Worden is entitled to $601,078 in back pay and a one-third stake of the ongoing business, since a third man claims to also be a partner in the enterprise.

Though Worden denied any wrongdoing, his attorney, Mike Caspino, said, “Conduct doesn’t have anything to do with ownership.” He used Steve Wynn as an example, pointing out during the trial that the Las Vegas casino magnet kept his ownership stake in Wynn Resorts even after sexual misconduct charges forced him to step down as head of the company.

What’s still unsettled is what will happen to South Coast Safe Access, which reportedly made $13 million in revenue in 2018 selling recreational and medical marijuana products from its Warner Avenue location. The shop remains open.

Also far from settled is who shot Worden multiple times in 2015, three months after the dispensary opened its doors as a medical marijuana shop. Santa Ana police Cpl. Anthony Bertagna said the case has gone completely cold, despite a $100,000 reward.  They have no leads on who pulled the trigger four years ago, or who directed the attempted hit. Video footage shows the shooter waited for Worden and didn’t try to steal anything from the shop.

DeWyke denied having any knowledge of who shot Worden.

DeWyke filed the first lawsuit in 2017, alleging that Worden was only a manager of South Coast Safe Access, not a co-owner, and that he’d pushed him out because Worden was sexually harassing employees, skimming funds from the shop and quietly helping to run an illicit marijuana business on the side.