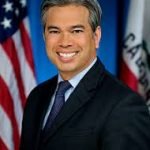 A group of state lawmakers, led by Democrat Assemblyman Rob Bonta, had hoped to temporarily lower the sales tax to 11% and suspend the cultivation taxes for 2 1/2 years to help retailers compete with prices on the black market.

A Bonta spokesman said he had agreed to eliminate the sales tax portion of the bill in the hopes it would attract enough votes to get it out of committee and have a chance to pass. But the bill failed to clear the Assembly Appropriations Committee on Thursday, meaning it won’t advance to the Assembly Floor and is likely dead for the year.

It’s possible lawmakers could revive it using legislative maneuvers later this year, but it’s unclear if they want to do that. California’s marijuana tax collections are not at all what lawmakers had expected after voters agreed to legalize the drug in a state with nearly 40 million people.

State officials estimate that if marijuana tax collections continue on their current pace — which is hard to predict because the industry is so new — the state will collect $270 million this year. That’s $85 million less than initial estimates.

“The taxes are so high that there is a big incentive to avoid them,” said Dale Gieringer, director of pro-marijuana group California NORML. “The black market is presently at least as large or larger as the legal market.”