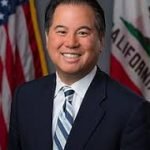 If Ting’s AB 1356 passes, it would force cities and counties to allow one cannabis retail permit for every four liquor licenses in the jurisdiction.

That is, only if more than half of the electorate in a jurisdiction voted for Proposition 64’s adult-use legalization in 2016.

For cities that already allow recreational sales, like Santa Rosa, Ting’s bill wouldn’t make much of a difference. But jurisdictions whose elected officials have banned retail recreational cannabis sales despite majority support from residents—including Fairfax and Marin County’s unincorporated areas—could be in for a ride. Some 75 percent of all cities and counties have banned retail pot business, according to state research highlighted by Ting. His bill aims to reverse the trend.

“Californians voted for Prop. 64 to replace the illicit market with a legal system that would grant Californians safe access to cannabis products, while also creating good jobs and significant tax revenue,” Ting said in announcing his bill. “However, these goals can only be fully realized if enough licenses are granted to meet existing demand. This bill will ensure the legal market can succeed.”

His bill is supported by labor organizations and veteran’s groups that have called for expanded access to medical cannabis. Ting’s bill passed the Senate Business and Professions committee on April 29 and is headed to the appropriations committee later this month.

The bill applies to jurisdictions that approved Prop 64. In Napa the vote was 37,000 for, 23,333 against. Napa has issued a handful of cannabis licenses since legalization.

In Marin County, an overwhelming 96,000 residents supported Prop 64 while 43,200 voted it down. But, with the exception of San Rafael, Marin towns and cities from Novato to Fairfax have rolling moratoriums banning non-medical cannabis retail establishments. Nearly 140,000

Read the full report at  https://pacificsun.com/out-of-joint/