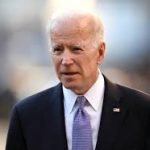 Joe Biden supports decriminalizing marijuana, a Biden campaign spokesman told CNN, but the former vice president isn’t going as far as calling for the drug to be legalized on the federal level.

“Nobody should be in jail for smoking marijuana,” Biden told voters at a Tuesday house party in Nashua, New Hampshire.
Asked by CNN if the former vice president supports legalizing marijuana, Andrew Bates, a Biden campaign spokesman, said Biden believes the drug should be decriminalized and that decisions on legalization should continue on the state level.
“As he said [Tuesday], Vice President Biden does not believe anyone should be in jail simply for smoking or possessing marijuana. He supports decriminalizing marijuana and automatically expunging prior criminal records for marijuana possession, so those affected don’t have to figure out how to petition for it or pay for a lawyer,” Bates said in a statement to CNN.
“He would allow states to continue to make their own choices regarding legalization and would seek to make it easier to conduct research on marijuana’s positive and negative health impacts by rescheduling it as a schedule 2 drug,” he added.
Marijuana, along with heroin and LSD, is classified as a schedule 1 drug, which the Controlled Substances Act defines as having “no currently accepted medical use” and a “high potential for abuse.” Schedule 2 drugs, which include cocaine and meth, have “high potential for abuse which may lead to severe psychological or physical dependence.” Schedule 2 drugs do have accepted medical uses.
Full Report . https://edition.cnn.com/2019/05/16/politics/joe-biden-marijuana-decriminalization/index.html