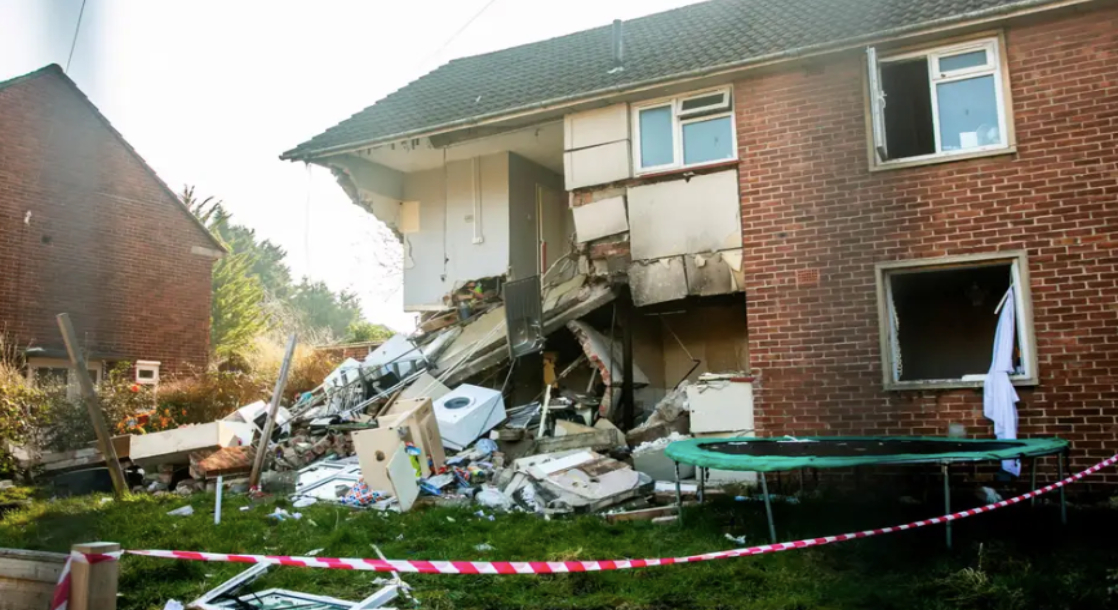 Butane hash oil (BHO) extraction has a bad rap largely due to the fact that creating the concentrate can spark a massive explosion. News outlets have seized on stories about kids blowing up their parents’ basements, or starting massive wildfires from “open blasting” leftover butane. But, despite news reports painting this extraction method as lethal, making BHO can actually be done safely. As knowledge of safer extraction methods spreads, fewer and fewer crazy explosion stories have cropped up — or at least in the US, anyway.

Conversely, people in the UK still haven’t figured out how to safely extract BHO, as evidenced by the fact that Brits are still blowing themselves up trying to make hash oil.

A Bristol man is now standing trial for allegedly blowing up an apartment building last February while attempting to make BHO. Witnesses testified that they saw 36-year-old James Toogood fleeing the building with his clothes on fire after it exploded. After putting out his burning clothes by rolling in the grass, Toogood allegedly told witnesses that he had been cooking when the explosion happened.

The explosion demolished two city council flats, causing over $330,000 in damage. No one was killed in the blast, but one woman narrowly escaped by jumping from an upper-story window onto a trampoline. Several people, including Toogood, ended up temporarily homeless after the apartments were destroyed.

“There were shards and shards of glass,” testified neighbor Kirstie Dukes, according to the BBC. “I was wondering what on earth had happened.” Dukes also testified that Toogood had previously showed her a soup pan full of “shatter.”

Prosecutors allege that Toogood caused the explosion by accidentally igniting the butane that he was using to make the oil. An investigation revealed that the damage was indeed caused by a butane explosion, which ruptured the main gas pipe and caused a fire. Police also discovered 14 butane canisters in the apartment.

Toogood admitted to the police that he was producing cannabis oil, a Class B drug in the UK. The man claims that he was not responsible for the explosion, however, and has denied charges of damaging property, destroying property, and recklessly endangering the lives of others. Laura Hawkins, a 39-year-old woman living at the same address, was charged with allowing a property to be used for the production of drugs, but also denies these charges.

The trial is ongoing, and will last for 10 days.