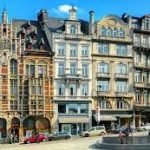 The parliamentary Health Committee almost unanimously adopted a bill facilitating the creation of a cannabis agency, enabling production of the drug for medical purposes.
Cannabis will now be able to be prescribed for patients for whom mainstream medicines have proven to be of little or no use. Such a prescription will be done through the creation of a specific agency.

Increasingly countries are allowing the use of cannabis for therapeutic ends. The drug in particular provides relief from illnesses such as Multiple Sclerosis, Amyotrophic Lateral Sclerosis, or for those suffering from pains or spasms.

The cannabis agency would work under the auspices of the Federal Agency for Medicines. It will be permitted to supply authorizations for future plantations and producers, and will manage cannabis crop harvests. The agency will also ensure the monopoly on cannabis imports and exports, so that the drug is not used for illegal purposes. The agency will make cannabis available for pharmacists and hospitals.

On Tuesday, the proposed law received the support of all political groups, except for the N-VA (Nieuw-Vlaamse Alliantie) which abstained. Parliament is yet to fully discuss and understand the legislation in a plenary session.