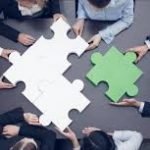 In an earlier article, we discussed “Being a Good Neighbor” in which we talked specifically about being a good neighbor in the literal sense; a good tenant, a good co-business, a good citizen in your community. In this article, we will discuss another type of “Good Neighbor”, being a good steward of the Cannabis industry.

We will hit upon three (3) topics: being involved in the process of making necessary changes for the good of the industry, being a good retail partner in dealing with grower/processors, and leading your retail team by example.

When we first got started in Washington State with legal Cannabis it was a mess. We were dealing with low supply, low quality, high prices, even higher taxes. Your State may be the same in the beginning. (I continue to be shocked and appalled at how so many States and Countries have learned nearly nothing from Washington State and our early and some would say ongoing problems and struggles.)

What did we do?

Did we whine and complain? Did we bash the regulators? Did we privately blame Legislators?

In all honesty, yes, we did all those things! But at the end of the day, we remembered we were adults and, somewhat at least, mature business owners and set out to make changes and adjustments in 502, the State initiative that created legal Cannabis in Washington State.

I became the first dues paying member in the Washington Cannabusiness Association, WACA, and began the hard work of tweaking the flawed system in the desire to make it work for all.

Let me repeat that. We felt we had to begin working on the system in such a way it could and would work for all concerned. This would include retailers, growers, processors, recreational customers, medical customers, the Federal government and perhaps most importantly, those citizens who were opposed to the legalization of adult use Cannabis. That’s correct, you read that right. The people who had real and genuine concerns and even fears about Cannabis in society were an important part of our collective thinking insofar as regulations and rules that were implemented in our legal system. Why? Because their concerns were also our concerns in many circumstances. We don’t want minors to have greater access to Cannabis in any form at any time. We want nothing to do with illegal money being invested in our industry. We care deeply about children being protected from ingesting Cannabis edibles. This industry is our child so to speak, and like a child, must be protected at all times against all potential threats. And I define the industry very broadly in that, in my opinion, the “industry” includes nearly everyone, those in favor and those who stand against. Get close to your friends and even closer to your enemies.

In Washington State at this time of the writing,  there seems to be an oversupply of Cannabis so consequently many growers and/or processors are struggling. I know many owners who are pumping personal funds into their businesses each month to make payroll and other expenses. I count my Blessings every month that I am a retailer and not a producer. Unlike some other retailers, I refuse to add to producers stress by beating them up constantly for better prices, better deals, etc. I have always and I will continue to treat them all with respect. I will help where and if I am able.

For example, I have consulted with many wholesalers and updated them respectfully but honestly about market conditions including prices. Sometimes there have been impediments that have in many cases greatly delayed a producer getting up and functioning. In the meantime, market conditions may have changed, in some cases dramatically, causing them, after visiting with me and my staff, to go back to the drawing boards and re-work their business models to change with the times.

“Adapt or die” is as true a motto in State legal Cannabis production as any business or industry.

As Lee Iaccoca, the man credited with inventing the Ford Mustang and later as President of Chrysler Corp., famously said, “Lead, follow or get out of the way”. Karma as they say can come back and bite one in the butt. Times and conditions could flip and the advantage retailers enjoy today could change tomorrow. I firmly believe growers and processors with whom Cannabis Central has worked, should the market change and wholesalers gain the upper hand, will remember me as being a true friend and partner whom they will feel some degree of obligation to give back to as I have given to them. I would like to believe I have earned such consideration. Mind you I will never assume such standing and subsequent treatment, but I have striven to treat others with respect and deserved dignity at all times.

Leading by example is our final topic of conversation in today’s story. I am a rule follower and while I have attempted to work with regulators to change rules and laws where I felt change was necessary for the common health of our industry, until such time as the regulations and/or laws are changed, I have followed them to the best of my ability. My employees know this about me and they will do the same. This business is not mainstream as of yet, in fact it is still controversial. I believe there are individuals and organizations waiting for the opportunity to pounce on an error and at least attempt to drive us out of business.

Now while that eventuality is unlikely, nevertheless we must be doing our jobs better, cleaner and neater than any other industry I am aware of anywhere in the World. We are violation free at Cannabis Central after four and half years in operation. That’s no accident and its not just good luck. We have employees who are not nervous to have an unannounced visit from our Enforcement Officer. We do not play games with inventory, we all play it straight down the middle of the road. Someone once told me, “If you always tell the truth, you never have to remember what you said”. If you are not doing things that could create a problem with Law Enforcement, then you can rest easy.

Of course there are bad actors in the industry who may be doing well in the short run, but whose short cuts and unwise risk taking will at some point catch up them and create stress for all of us. But as they say, the cream rises to the top.

Our mission statement reads as follows:

To Be the Model Retail Cannabis Shop in the State. Not the biggest, not the most profitable, but the “Model”.

I believe we have achieved that distinction and you can, and should, strive to do the same.