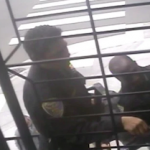 More crazy news out of the wild, wild west. Recently unsealed police records revealed rampant corruption and even criminal activity carried out by law enforcement officers associated with a Bay Area task force that was kicking down doors of quasilegal grows and dispensaries back around 2013-14 in NorCal. The Santa Clara County Specialized Enforcement Team was supposed to be an elite unit composed of deputized local authorities as well as federal agents from the U.S. Department of Justice, but instead the unit was stealing everything they could get their hands on – from cash, to power tools, to copper mugs from their favorite restaurant as some sort of prank – and flashing badges at anyone who dared question them. This behavior allegedly started at the top with DOJ Special Agent Danielle Ayers, the commander of this crooked crew. Senate Bill 1421 just took effect on January 1st of this year making police misconduct records public for the first time in California. Still, the local DA fought hard to try to keep this damning evidence from seeing the light of day, to cover up this corruption, but ultimately it was all laid bare. As a result, after untold amounts of cash and private property stolen, Ayers was fired this week. While there do not appear to be any accusations so far of Ayers personally pocketing items from crime scenes, she was absolutely aware of what was going on according to internal accusations from whistleblowing agents and officers now made public. We expect stories like this to become more common as light begins to shine in places the police never intended it to due to SB 1421.

Beard Brothers News can be found at https://www.beardbrospharms.com/news/

Read more at the Appeal.org

Newly released records show that task force members faced allegations of theft and questionable overtime, all under the watch of a commander later fired for lying as the misconduct was investigated.

A California Department of Justice narcotics task force commander was fired for misconduct that included property thefts in recent years by her team members during warrant searches.

The task force’s malfeasance is only now coming to light after state Attorney General Xavier Becerra’s office lost a lawsuit brought by journalists seeking police misconduct records from state agencies, including its Department of Justice, which employs about 500 special agents. Using an argument advanced by police unions, Becerra said Senate Bill 1421, which went into effect Jan. 1 and made police misconduct records public for the first time, wasn’t retroactive. Becerra also argued that disclosing the records would be too burdensome on his department. But on May 17, San Francisco Superior Court Judge Richard Ulmer ruled againstBecerra, calling his arguments “unavailing.” After the judge’s ruling, the DOJ immediately released older case files.

One newly released record includes a 601-page file related to a major Bay Area law enforcement task force that now appears to have been in disarray for years due to poor management, low morale, accusations of favoritism, drinking on the job, and recurring allegations of embezzlement, and other crimes.

Over the 2013-14 period, the task force carried out numerous investigations including raids on cannabis grow houses, medical marijuana dispensaries, and methamphetamine labs. Agents with the task force also confiscated millions in property, money, vehicles, and drugs from suspects, and its cases were forwarded to the Santa Clara district attorney’s office for prosecution. It’s unclear whether the misconduct and dishonesty of the task force’s commander and at least four of its agents tainted any cases. Similar widespread misconduct has affected nearly 2,000 cases in Baltimore and more than 21,000 cases in Massachusetts. The Santa Clara district attorney’s office did not respond to questions about the task force’s cases.