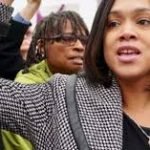 This is the second time in a week we’ve seen state authorities in the US at odds with one another over cannabis issues. It further pushes the argument for Washington DC to start making some serious decisions .

City judges have thrown out the requests from Baltimore State’s Attorney Marilyn Mosby to erase convictions in nearly 5,000 cases of marijuana possession.

The decisions Friday by Circuit Judge W. Michel Pierson and District Judge Kathleen Sweeney strike down one of the boldest and most progressive moves of Mosby’s administration.

In an email Monday, Mosby said she was deeply disappointed.

“The role that courts play in our society is to be a place of last resort for people who have been wronged,” she wrote. “I am deeply disappointed that this ruling did not afford us any opportunity to present legal arguments and essentially eliminated the court from being a safe harbor for those that were harmed by the discriminatory enforcement of marijuana laws.”

Mosby said she was considering her next move. She had announced in January that she would cease prosecuting cases of marijuana possession as well as ask the courts to throw out thousands of convictions stretching back to 2011. She had called the move monumental for justice in Baltimore.

In a sweeping legal document, Mosby had asked the judges to throw out about 1,000 marijuana convictions in Circuit Court and nearly 3,800 in District Court.

Sweeney, the district judge, answered with a 10-page decision that noted Mosby fell short in meeting five requirements for such an order. She wrote that Mosby’s document — a writ of coram nobis — skimped on details to show how those convicted faced significant collateral consequences, one of the five requirements.

“With 3,778 opportunities, the State fails to identify any actual single consequence suffered by any of these individuals,” Sweeney wrote.

The judge found the request amounted to a “blatant conflict” because Mosby is bound by oath to defend the state. A writ of coram nobis typically would be brought by a defense attorney.

Sweeney also noted the 3,778 people would be eligible to have their convictions expunged from the records. Since fiscal year 2015, expungements have spiked from 7,700 to more than 19,000 annually in Baltimore, wrote Sweeney, citing court records.

Mosby herself had once asked police to crack down on drug dealers and users in West Baltimore in March 2015, the judge wrote.

“Now, this same State’s Attorney claims that drug enforcement in Baltimore City, presumably her own efforts, have had a disparate impact on African-Americans,” Sweeney wrote.

Mosby has argued that marijuana convictions have saddled thousands in Baltimore with criminal records and frustrated their job searches. She has said these arrests disproportionately affected minority neighborhoods in Baltimore.

Olivia Naugle of the nonprofit Marijuana Policy Project in D.C. stood alongside Mosby at the January announcement. She called the judges’ decision a shame.

“This unfortunate news underscores the urgent need for the General Assembly to end marijuana prohibition and start regulating cannabis for adult use,” she wrote in an email. “The court’s decision also highlights the need to include a component that will automatically expunge criminal records for past convictions. The sooner the Legislature acts, the sooner these needless marijuana possession arrests can end — and the sooner those with past convictions can move on with their lives.”

Though Mosby pledged to stop prosecuting people for possessing marijuana, city police said they already had shifted their focus away from pot smokers. Shortly after Mosby’s announcement, a police spokesman said the department was arresting about one person per day for marijuana possession.

Officers arrested 363 people last year, 339 people in 2017 and 311 people in 2016 for marijuana possession alone, according to the department.

Mosby aligned herself with some of the most progressive district attorneys in the country with her marijuana policy. Philadelphia District Attorney Larry Krasner told his prosecutors last year to reject charges of marijuana possession regardless of weight. Last July, Manhattan District Attorney Cyrus Vance Jr. announced he too would stop prosecuting marijuana cases.