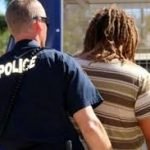 A man who allegedly called police to report the theft of cannabis plants from his property will appear in a Northern Territory court on drug charges.

More than 80 cannabis plants were found on his property, according to police, when he called to report people had been stealing them.

The 60-year-old reported the theft of the plants by a number of individuals, alerting police to their presence, police said.

A search warrant was executed at the property and 82 cannabis plants, ranging from seedlings to two metres tall, were allegedly found along with about 250 grams of cannabis plant material inside the residence.

He will appear in court on charges of cultivating a commercial quality of cannabis, supplying a dangerous drug and possessing a trafficable amount of cannabis.