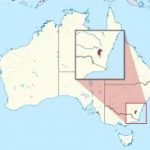 The Canberra Times reports…….A former politician who helped to decriminalise cannabis in the ACT says the fine scheme he helped to introduce should go, and he would have legalised the drug nearly 30 years ago if he could have.

Former independent health minister Michael Moore oversaw the introduction of the Simple Cannabis Offence Notice in 1992, which enabled police to give people caught with small amounts of cannabis a $100 fine. If the fine is paid within 60 days, there is no conviction recorded.

But a private members bill from Labor backbencher Michael Pettersson would abolish this fine by removing cannabis possession of less than than 50g as an offence for adults. Minors would still be fined or forced to enter a diversionary scheme if caught with the drug.

Mr Moore told an ACT Assembly inquiry into the bill there should be no distinction between adults and minors and the fine should be abolished for everyone.

He said while there was no denying that cannabis was a harmful product, the risk of the fine was not a huge deterrent and the drug should be treated in the same way as cigarettes.

Mr Moore also said there could be a “forbidden fruit” effect where the drug became more attractive to minors because it was not allowed.

Mr Moore said he helped to introduce the fine as an alternative to a criminal conviction as the Assembly would not consider legalising the drug.

“The [Simple Cannabis Offence Notice] was pragmatism, that is what I could get at the time,” Mr Moore said

“I certainly would have moved to this point if I had of believed it was at all possible and at the time it was not possible and as we worked out in our committee, [the] notices came through a committee process and that was where the compromise was drawn. That was an important first step, this is another step.”

Mr Moore also dismissed criticism that the passage of the bill would create a tension for ACT Policing officers, who may be forced to uphold the Commonwealth criminal code to pursue Canberrans for drug possession.

He said a similar tension existed for police with needle and syringe programs, which they had managed to overcome.

“They know these people are using illicit drugs but they also know our program stopped the spread of HIV,” Mr Moore said.

Mr Pettersson also told the inquiry on Tuesday he was confident cannabis could be legalised without any ‘adverse repercussions”.

“If you look at the federal Commonwealth criminal code it is very clear in numerous instances the Commonwealth defers to states and territories on this matter,” Mr Pettersson said.

“For instance Division 308 possession offences under Commonwealth law allows for a person to be tried, punished or otherwise dealt with as if the offence were an offence against the law of the state or territory.

“Division 313 of the Commonwealth criminal code provides a defence for any non-trafficking Commonwealth charge provided that the use is justified or excused by territory law.

“There is much concern that we cannot do this. We can do this.”

ACT bid to legalise cannabis could lead to jail time for users: police