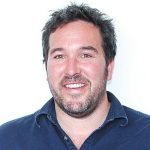 South Gippsland Shire councillor Jeremy Rich has been charged with cultivating and possessing a commercial quantity of cannabis just weeks before the Victorian Government is set to rule on the council’s fate.

Cr Rich was today granted bail in the Latrobe Valley Magistrates’ Court after police on Monday raided a property in Walkerville, near Wilsons Promontory in South Gippsland, owned by his family.

A quantity of white powder, blue pills, two firearms and ammunition were also found during the raid, the court heard.

The Victorian Government is due to decide whether to sack the South Gippsland Shire Council and install an administrator by the end of the month.

A municipal monitor appointed by the State Government recently recommended the council be sacked after four councillors resigned in five months amid allegations of bullying.

Police allege the drugs were found in a home, an office located away from the home and in another area where the cannabis was allegedly dried.

Cr Rich was sleeping in a bedroom in the home when police raided the property and two other men were arrested.

The court heard police believe one of the men, who lived at the property, was involved in the operation, while the other was just visiting the property.

His lawyer, Cecily Hollingworth, said there was no evidence that Cr Rich was aware of all of the drugs found across the three parts of the property and that they were part of the same operation.

Detective acting Sergeant Michael O’Neil from the Bass Coast Criminal Investigation Unit said it would be an “amazing coincidence” if Cr Rich was unaware of all of the drugs.

“There’s a lot of testing to be done,” Detective acting Sergeant O’Neil said.

“I would only imagine that the case would get stronger [after the testing is done].”

He also told the court the cannabis found at the three parts of the property were packed using the same brand of bags.

Ms Hollingworth questioned whether the quantity of cannabis met the requirements of a commercial quantity.

This prompted Detective acting Sergeant O’Neil to concede he had not weighed the plants, but estimated their weight as 20 kilograms.

Cr Rich was supported in court by his two brothers and was granted bail on a number of conditions including that he report to police three times a week, that he surrender his passport and only attend the property in the company of police.

The matter will return to court in July.

The council hasn’t taken down his page yet

The resolution indicates that these ”personal interaction control measures” have been in place from at least September 2018.

Asked to provide an explanation for council’s action, the number of staff involved and the nature of the complaints, the CEO Tim Tamlin said all aspects, other than those published by the council, were confidential in nature.

He did say, however, that staff members had been issued with a memo today advising them of the measures put in place by the council.

Cr Rich, who managed an apology of sorts earlier in last week’s council meeting, told the ‘Sentinel-Times’ immediately after the meeting that he might be prepared to say more at a later date.