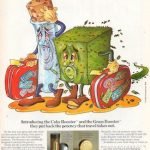 Historian, Emily Dufton, Writes. “A blatant rush to profit today, similar to the paraphernalia market of the 1970s, could overturn the progress made by countless legalization activists over the past 20 years. Unless the market chooses to self-regulate, another graduate student might be at the Library of Congress in 40 years, wondering at how quickly and easily America’s brief experiment with legalization was overturned.”

Here’s an extract from her piece and it’s well worth reading this to heed the warnings from the past.

The ads also spoke to the enormous paraphernalia market that had risen as a result of a dozen states decriminalizing the possession of up to an ounce of marijuana between 1973 and 1978. The numerous ads that lined the pages of High Times (as well as the existence of the magazine itself) give some insight into just how vast the marketplace, and its clientele, was at the time.

That booming paraphernalia market, however, would also prove to be decriminalization’s undoing. By 1978, rates of adolescent marijuana use had skyrocketed, with 1 in 9 high school seniors smoking pot every day and children as young as 13 reporting that the drug was “easy to get.” This angered a growing number of parents, who saw kid-oriented paraphernalia as a “gateway” to drug use. The grassroots parent movement, which began in 1976 and came to its height of influence during the Reagan administration, worked to overturn state decriminalization laws and reaffirm the federal government’s anti-marijuana stance. Once decriminalization was overturned, the paraphernalia companies that had sprouted across the country folded as quickly as they had formed.

Read more: https://www.smithsonianmag.com/history/why-1970s-effort-decriminalize-marijuana-failed-180972038/#3woAyHB5pcTh3RqB.99
Give the gift of Smithsonian magazine for only $12! http://bit.ly/1cGUiGv
Follow us: @SmithsonianMag on Twitter