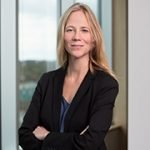 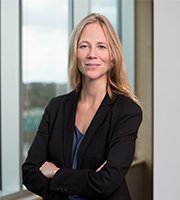 Hannah King is a member of the School and Local Government Group and the Regulated Substances Group. In both practice areas Hannah advises on and litigates complex regulatory matters.

Hannah’s school law practice includes special education, employment and labor, and general school law, with a concentration in special education and disability rights law, and legal issues involving student rights. She has advised both public and private schools on a variety of issues, including disability rights, anti-discrimination laws, student and parent handbooks and employment issues. Hannah has represented school districts in special education due process hearings, state complaint investigations, and in federal Office for Civil Rights investigations, as well as in a variety of civil lawsuits. Hannah has also practiced in both federal and state courts, including cases before the First Circuit Court of Appeals and the U.S. District Court. Hannah regularly presents at a number of at school law conferences across the State, has presented at a nation conference on Title IX issues, and has been an instructor for a graduate level school law course for the University of Southern Maine.

Hannah is also a member of the regulated substances practice group. Her unmatched understanding of the local and national status of cannabis legalization gives her clients an advantage in a dynamic and rapidly changing industry. Hannah advises local municipalities, medical dispensaries, and entrepreneurs on medical and adult use marijuana regulatory and licensing issues. She also advises tribal clients across the country looking to enter the cannabis space on business strategy and development of tribal regulatory regimes. Hannah is an advisory board member of Maine Professionals for Regulating Marijuana, a collection of Maine professionals advocating for safety, quality, and transparency in the marijuana industry, and has been involved in drafting proposed legislative changes to Maine’s Marijuana Legalization Act and the Maine Medical Use of Marijuana Program. As a member of The ArcView Group, a cannabis angel investment platform, 15 member selection committee, Hannah vets investment opportunities in the cannabis industry for consideration by ArcView members. She has been a mentor presenter at Canopy Boulder, a business accelerator and venture fund for the cannabis industry.

In her labor and employment practice, Hannah counsels employers on achieving and maintaining compliance with federal and state employment laws, the development of personnel policies, and employment contracts. Hannah also conducts investigations for employers into a variety of matters including employee misconduct, discrimination and sexual harassment complaints.

While in law school, Hannah served as Editor-in-Chief of the Ocean and Coastal Law Journal and co-chair of the Environmental Law Society. She received the 2009 Edward S. Godfrey Leadership Award and the 2009 Award for Outstanding Scholastic Achievement in Environmental and Marine Law.