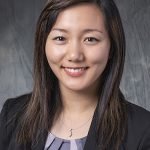 In the past 25 years, there has been substantial growth surrounding the developments within the cannabis industry, particularly involving intellectual property protections. With legalization of cannabis gaining traction across the United States, any court guidance can provide a foundation for those seeking patent protection.

The patent at issue—U.S. Patent No. 9,730,911 issued to UCANN—claims “[a] liquid cannabinoid formulation, wherein at least 95% of the total cannabinoids is [tetrahydrocannabinol (THC), cannabidiol (CBD), cannabinol (CBN), or a combination thereof]”. Pure Hemp alleged the claims were directed to an unpatentable natural phenomenon. In response, UCANN argued the contrary, stating they claimed “human-modified liquid formulations that require[d] converting solid cannabinoids into a different state with markedly different physiological characteristics”.

Ultimately, the Court was persuaded by UCANN’s argument, finding Pure Hemp failed to establish that a liquified formulation of cannabinoid, at the concentrations specified in the ‘911 patent, could occur in liquid form in nature. However, although the patent survived a §101 challenge, the judge explicitly stated he found reason to question the novelty and obviousness of the patent. Therefore, although the case was a win for the cannabis patent holder, it provides no promise for overall patentability of cannabis-related patents.