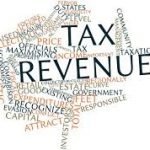 The seven states — and the amount of marijuana tax revenue they brought in last year — are:

Note: The figure for Massachusetts only reflects the estimated marijuana tax revenue that the state brought in since its adult-marijuana-use retail market opened in November.

In the other four places where adult recreational use of marijuana is legal, there are no marijuana stores open, according to the report. Those places are: