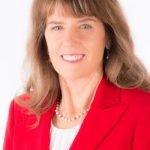 Polk writes in  The Prescott News

The consequences of Tuesday’s Arizona Supreme Court decision allowing the sale of high-potency drugs are troubling. The Court’s conclusion that the Arizona Medical Marijuana Act protects hashish (legally termed cannabis) is akin to finding that explosives produced from fertilizer are protected by laws allowing the sale of farm products.

This is the difference between Advil and morphine, and it’s why the Arizona Court of Appeals found that hashish is “susceptible to serious and extensive abuse.”

Sadly, the Supreme Court rejected the Arizona Appeals Court’s common-sense reasoning and its sound conclusion that hashish is a form of cannabis, which state law defines as distinct from the dried marijuana leaves.

Additionally, today’s ruling did not address the fact that any use of marijuana in Arizona continues to be illegal under federal law.  The United States Supreme Court has long recognized that Congress controls what is medicine in the U.S., and today the Arizona Supreme Court declined to resolve the continuing conflict between Arizona and federal law.

A plethora of recent peer-reviewed studies document the link between high potency THC and mental health, specifically psychosis. Today’s ruling by the Arizona Supreme Court gives a green light to an industry constantly seeking to market and sell more potent, and thus more addictive and dangerous, products. Communities across Arizona will suffer the consequences of this ruling long into the future.

BACKGROUND ON THE CASE

In March 2013, Rodney Jones was arrested and charged with possession of hashish (cannabis), a narcotic drug under Arizona law. At the time of his arrest, Mr. Jones was on probation for attempting to involve a minor in a drug offense, a class 3 felony. As part of the resolution of this case, Jones received favorable disposition and the dismissal of two criminal charges in another case. The trial court sentenced Mr. Jones to 2½ years in prison.