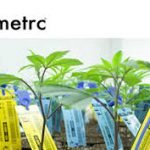 Ganjapreneur report….Sixteen months after legalization, just nine of California’s 627 retail cannabis dispensaries are actively using a seed-to-sale tracking system – along with only 93 of more than 1,000 manufacturers and 254 of the nearly 4,000 licensed cultivators, according to an Associated Press review of state data.

Rebecca Foree, spokesperson for the state Department of Food and Agriculture, told the AP that the lack of tracking compliance is due to the state’s initial issuance of temporary licenses, which she said made it harder to train license holders on the software “without causing significant disruption” to the industry.

Regulators are currently relying on a paper-based honor system using hard copy invoices and shipping manifests. A Bureau of Cannabis Control spokesperson told the AP that he was unaware of any enforcement cases prompted by fraudulent or altered paper records. According to the report, it’s unclear how often those records are reviewed by regulators.