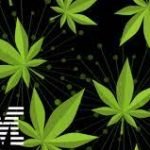 Forbes write…..Over the last week alone, we learned that an executive director at Morgan Stanley had left his job to join the marijuana industry; that Joel Lunenfeld, former vice president of global brand strategy at Twitter had taken over as Chief Marketing Officer at NorCal Cannabis; and that Tim Leslie, a former Amazon executive had been appointed CEO at Leafly.

In fact, big-name executives are not only taking jobs in the cannabis industry, but also investing in it. A few weeks ago, for instance, Carol Bartz, former CEO of Autodesk and Yahoo, made a very public investment in cannabis company Caliva.

Today, I learned that Toronto-based cannabis trading company Vinzan International will be announcing on Friday morning that it has hired a new vice president of operations, Kelsey Barnes, who left a senior position in IBM’s cybersecurity division to take this job. Barnes, a former senior officer in the Canadian Armed Forces, had been serving as a Senior Project Manager at IBM, leading cyber security teams focused on the government and financial spaces.

Source and more at  https://www.forbes.com/sites/javierhasse/2019/03/07/exclusive-senior-ibm-official-leaves-his-job-to-join-a-cannabis-company/#7a4ff7311a52

And as we mentioned in our intro